Changes in the financial markets caused by the spread of digital technology pose a challenge for banking institutions in many countries; however, the starting position of the Polish banking sector in this innovative race is a good one. 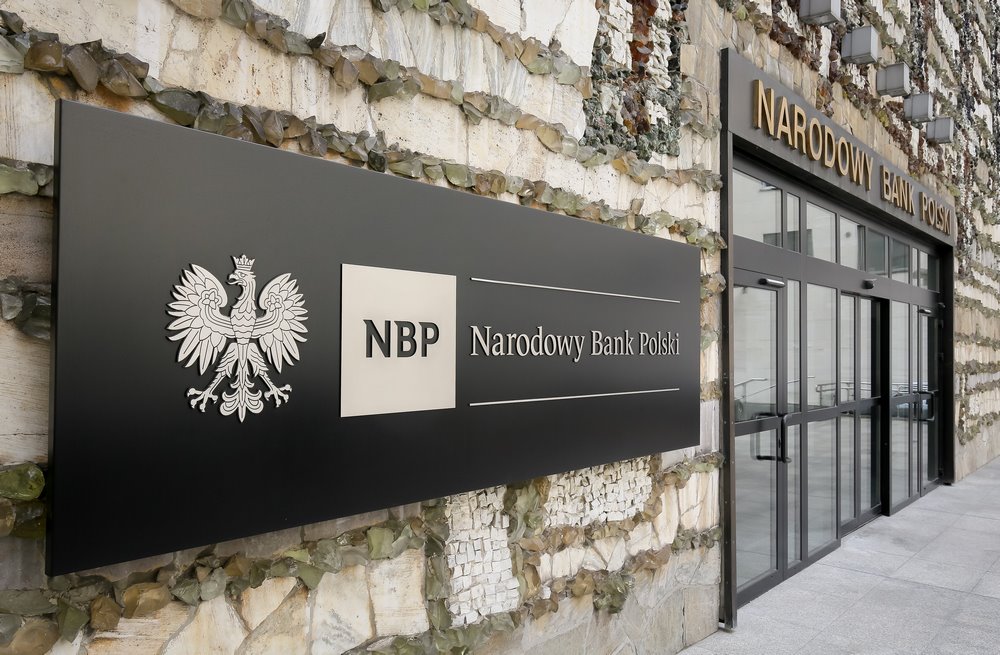 Banks in the post-crisis economic reality

In recent years, the financial services market has undergone dynamic changes. The measures taken by monetary authorities and regulators in response to the outbreak of the financial crisis — the reduction of interest rates and the introduction of new legislation to reduce the risk of similar turmoil in the financial system — are the driving force behind the changes currently taking place in the financial world. From the perspective of banks, these actions mean lower interest income on the one hand, and additional burdens associated with the implementation of new regulations on the other.

A trend that is having an equally strong influence on financial institutions is digitization. The rapid spread of digital technology, especially through the Internet, has dramatically changed the way financial services are used. Bank branches are visited less and less, as most banking can be done online. Thanks to innovative solutions, financial products are better adapted to the individual needs of customers. New payment methods are appearing, such as payments through mobile devices. 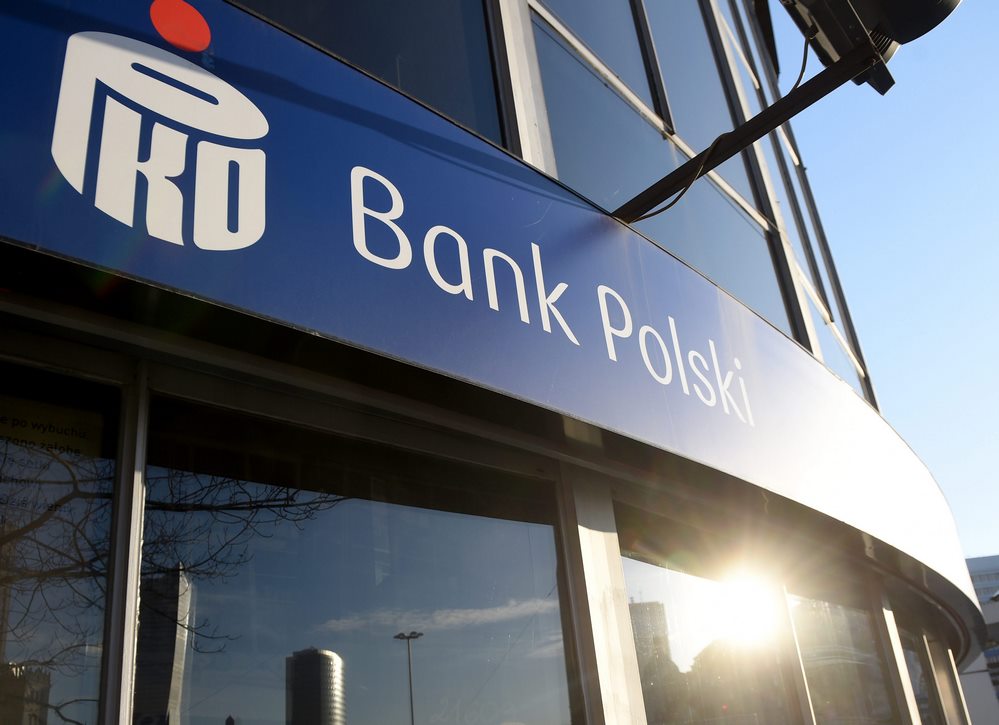 Digitization in the financial sphere manifests itself in yet another way. New technologies have enabled companies outside the banking sector to offer services that were previously solely in the domain of banks. So-called Fintech (short for: Financial Technology) has appeared on the market — small technology companies whose business is usually focused on specific segments. For example, online platforms such as the British Zopa and German auxmoney, allow for lending between private individuals, without banks as the intermediary. Along with the progressing digitization of the financial services industry, large companies in the new technology sector have become increasingly interested in the sector. Apple has successfully developed the Apple Pay system for mobile devices in recent years. Facebook and Google have also experimented with similar solutions in the area of ​​payment transactions.

Digitization of the financial sector in developed countries

Non-bank financial companies have entered the financial services market in developed countries where modern banking systems were created decades ago. It was there that whispers began that new players posed a serious threat to traditional financial institutions. How can the success of technology companies in this area be explained?

The computer systems of many banking institutions in Western countries were established relatively early. Due to the lack of competition from other industries, the banks have been slow to adapt to changing technological standards. To date, some of the functionalities in banking systems in Germany are based on outdated software languages. This lack of urgency in the implementation of new technologies has also meant that an institutional culture, adaptive to innovation, never developed in banks. In addition, the turmoil in the financial markets at the end of the past decade has severely affected the condition of banking institutions in Western countries. Banks were forced to implement large-scale corrective measures and implement new regulations. This fact severely damaged the reputation of banks in Western societies.

Tech companies have been able to address all of the structural problems of banking institutions: they are agile and adapt quickly to innovation, they understand the laws governing the digital economy much better than banks do, they use the latest technological advances, and they are not burdened with the baggage of negative experiences related to the crisis.

For some time now, a certain distinction has been made in the narrative about the future of the financial sector. Small tech companies are no longer seen as rivals to the banks, but are beginning to be treated as allies. Fintech, despite having a number of interesting, innovative products, has thus far experienced a number of problems with acquiring customers. Banking institutions have come to realize that specialized tech companies can deliver exactly what they lack: innovative solutions that address the needs of customers using digital technology. Big technology companies on the other hand could become the real threat, because they have access to both technology and a large customer base.

The importance of Fintech began to be recognized by governments of developed countries. The United Kingdom has been the leading player in this area (it is unclear how their exit from the European Union will weaken London’s position as a place to develop new technologies in the financial world). They were the first to introduce the “regulatory sandbox” — a safe space where innovative technology companies can test their solutions without having to comply with regulatory requirements pertaining to normal market players. Numerous accommodations for Fintech companies have also been introduced in Switzerland.

Digitization and the Polish banking sector

Against the backdrop of the current dynamic changes in the financial world, the situation of the Polish banking sector[1] is slightly different than in Western countries. After the political transformation of the late 1980s, the banking sector was basically built from the ground up. Thanks to this, the technical infrastructure in Polish banks was already more modern from the beginning, than that of their counterparts in developed countries.

Banks in Poland are eager to experiment with innovative solutions and are among the world’s leaders in technological change. From 2012–2015 they won 24 honors in 12 prestigious international competitions.[2]

Polish banks are capable of producing innovations on their own, far more so than Western financial institutions: as much as 70% of German, 53% of American and 43% of British banks, are considering a partnership with Fintech companies, while in Poland, only 17% are interested in such cooperation.[3]

This pro-innovation attitude of Polish banks created a different perspective towards Fintech companies, from their first appearance in the financial services sector, than in developed countries — not as potential rivals threatening the existence of banking institutions, but as providers of technology that could be adapted to their use. Moreover, Polish financial institutions are starting to increasingly export their solutions: mBank has recently granted a license to the French La Banque Postale for the use of internet banking and banking apps based on solutions developed by the bank.[4] At the beginning of June of this year, ZenCard, a technology company belonging to the PKO Bank Polski Group, signed an agreement to provide software for managing loyalty programs for banks from Italy and the Netherlands.[5]

Achieving a high position in innovation rankings was also possible thanks to two other factors: relatively high social acceptance for innovative solutions and having a well-developed reserve of excellent IT specialists. In Poland, as much as 60% of smartphone owners have already used mobile banking, which is the third highest in Europe. Almost 80% of debit cards in our country are equipped with contactless functionality, while in the UK, this is one-third less.[6] Polish IT professionals regularly rank among the world’s top ten in various international competitions. It is also worth noting that the Polish banks suffered to a lesser extent than Western ones, as a result of the financial crisis. This enabled them to focus more on the adaptation of technological innovations rather than spending time and money on post-crisis “cleanup”.

Innovations in the financial sector in Poland have hitherto mainly encountered barriers in the form of unfriendly market regulators and the low availability of capital. However, positive changes in both areas can be detected. At the end of last year, a working group led by the Polish Financial Supervision Commission was formed, composed of representatives of the public administration and financial industry. The group’s goal is to develop proposals for regulatory changes to facilitate the development of innovation. The new government also managed to mobilize a large sum of money for investments in start-up projects (including those in the financial services market). Through the Polish Development Fund, the fledgling companies are expected to receive almost 3 billion PLN ($800 million).

The biggest threat to the Polish banking sector — in the long term — seems to be, as in the case of banking institutions in developed countries, large technology companies like Google and Apple, which have enormous financial resources and a huge user base. It does not appear, however, that Polish banks will easily roll over, as they are able to cooperate effectively with one another in the face of the challenges of digitization. In this context, we must certainly mention the BLIK mobile payment system, which is be
ing developed and managed by a group of some of Poland’s largest banks. Nearly 1.5 million Poles now have access to this technology; while more than 130,000 points of sale accept transactions in this standard.[7]

[1] The arguments presented here probably relate to other countries in East-Central Europe, but this text focuses exclusively on Polish experiences.

[6] FinTech in the CEE Region, Charting the course for innovation in financial services technology, Deloitte, 12/2016 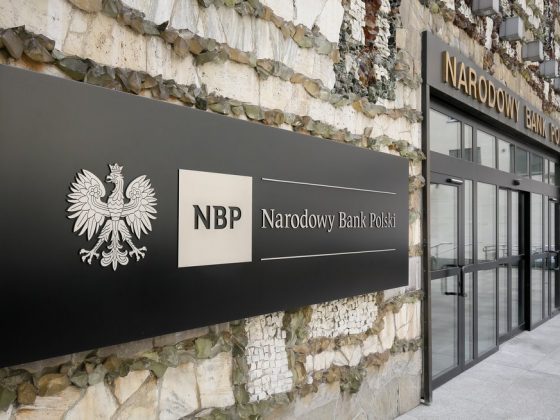 The Polish Banking Sector in an Innovation Race