As World War II ended throughout Europe, Poland did not win freedom nor did it stop fighting. In the aftermath of the 1939 Molotov-Ribbentrop pact that greenlighted the Soviet Union to invade Poland, the Red Army attacked Poland. The Soviets did not shift their attitude towards Poles and their independence aspirations. NKVD units searched for Poles who fought for independence, and once they found anyone, they had them arrested, interrogated, murdered, and sent to camps throughout Siberia. As Soviets sought to permanently occupy Polish territory, they executed Poles in mass genocides whilst after the end of World War II, they set up nearly 200 concentration camps to incarcerate those who struggled for liberty. The Holy Cross Brigade, as a unit of the Polish Underground State, retreated westwards as the Red Army marched from the East to save its soldiers; otherwise, they would have surely fallen victim to the Soviets. Thus Colonel Antoni Szacki, the commander of the unit, ordered his troops to temporarily cease any combat against the Germans whilst the Holy Cross Brigade moved through Silesia, the Sudetes, and the Czech Republic before arriving near the town of Plzeň.

Liberation of the German camp

The Holy Cross Brigade sent a patrol through the U.S.-German front line and established a radio contact with the U.S. Army that stayed back then at the rear of the German front line. Right after getting in contact with the Third United States Army, commanded by General George Patton, Polish troops reopened a military offensive against the Germans.

On May 5, 1945, the Holy Cross Brigade freed the Holleischen concentration camp, a subcamp of the KL Flossenbürg, in Holýšov outside Pilsen. Back then, the camp hosted female inmates from a number of European countries. Polish soldiers freed a group of 1,000 women, among whom were 400 French, 280 Jewish, 167 Poles, as well as female prisoners from Czechoslovakia, the Netherlands, Belgium, Romania, Yugoslavia, Italy, Ukraine, and Russia.

The SS camp staff intended to kill 280 female inmates of Jewish origin before the U.S. Army would access the camp. In this, they were to execute an order from Reichsführer-SS Heinrich Himmler to murder all Jews before the Allies would free Nazi concentration camps. The Germans detached the Jewish women from other female inmates; they locked them in a separate barrack with both the doors and windows boarded up. The Nazi camp staff put highly flammable materials by the barracks whilst waiting for an order to set it on fire to burn these women alive. With its precise attack, the Holy Cross Brigade of the National Armed Forces freed all inmates yet two of its soldiers were left wounded.

In addition to its thriving endeavor to liberate the Nazi concentration camp in Holýšov, the Brigade freed roughly 6,000 foreign forced laborers whom the Germans forced into slave labor in their industrial plants outside Holýšov.

Poland’s National Armed Forces troops defeated German military units in the Czech Republic, too –– they once seized the staff of a German corps containing a group of Wehrmacht senior officers before handing them over to the U.S. Army. Also, they pulled off ambushes that the Germans would lay against U.S. Army patrols. The U.S. Army fused the Holy Cross Brigade into the 2nd Infantry Division; the Americans allowed Polish soldiers to wear the distinctive Indian Head patch on their uniforms. Right after World War II, as a token of their gratitude toward the Holy Cross Brigade, the Americans ignored Stalin’s request to return Polish troops in a move that saved their lives.

The Soviets accused the Holy Cross Brigade commander, Colonel Antoni Szacki (‘Bohun’) of allegedly being in cahoots with the Germans, and they brought him to the international court for crimes against humanity in Paris, France. Yet as shown at the trial, the Soviets had submitted a raft of bogus papers. Former Jewish inmates released by the Holy Cross Brigade voluntarily testified in favor of Colonel Szacki and his brigade. The court eventually dropped the communist accusations as ungrounded.

Long after the end of World War II, Holy Cross Brigade troops were still keen to serve Poland and fight for its independence. Once disbanded in the U.S. zone of occupation in Germany, former Brigade troops became part of the Polish Guard Companies of the United States Army. Back then, they numbered a total of 5,000 Polish soldiers, with both their officers and non-commissioned officers having in the past served in the Holy Cross Brigade. The U.S. Army was in search of trustworthy people to hedge strategic facilities against both diversionary and sabotage missions in occupied Germany.

Shortly after the dissolution of the Polish Guard Companies of the United States Army, former Holy Cross Brigade troops moved to France under the deal between the French government and General Władysław Anders, Commander-in-Chief of the Polish Armed Forces. They settled near Lyon where French officials offered both shelter and employment to 5,000 Polish soldiers. During the week, Poles earned for living whilst at weekends, they took part in military drills on French proving grounds. Polish troops wanted to be fit for any possible outbreak of World War III to free Poland from the Soviet occupation.

Officers of the Holy Cross Mountain Brigade brought to life Ogniwo (“Link”), a social group whose mission was to bring together former soldiers of the Holy Cross Mountain Brigade and those of the Polish Guard Companies. Its core aim was to sustain ties abroad, hold joint meetings, celebrate Polish holidays, and undertake cultural initiatives. Furthermore, it printed a Polish-language newspaper Ogniwo. With its tasks, the group sought to maintain bonds and promote zeal to serve Poland.

By the 1970s, National Armed Forces troops practiced regularly to keep their military efficiency and took parachute courses to get ready in case of the outbreak of World War III. Had only this occurred, Holy Cross Brigade troops would have led Polish partisan units in the fight against the Soviet occupier. All in all, the Cold War did not morph into an all-out conflict whilst many died in exile before Poland eventually reclaimed independence.

The liberation of the German concentration camp in Holýšov by Polish soldiers was an exceptional history in the World War II timeline. It was the only time in history that Poles –– and a partisan formation –– freed a Nazi concentration camp. This embodies the stance of Polish society and the Polish Underground State to the Holocaust and German concentration camps. The Brigade’s heroic feat upholds the good name of both ancestors of Polish citizens and still-living Poles against and erroneous accusations of Poland’s presumed complicity in the Holocaust. The mere fact that, despite an overwhelmingly difficult situation, Poles freed a Nazi concentration camp thus shows the egregious inaccuracy of the term “Polish concentration camps” that sometimes features in media outlets worldwide, and what should not be forgotten is that these were the Poles that liberated a German camp.

Karol Wołek is a historian, publisher, editor, and social activist. He serves as the president of the Association of National Armed Forces and the chairman of the Casimir the Great Foundation. He organized an international event to commemorate the liberation of the German concentration camp in Holýšov, Czech Republic. 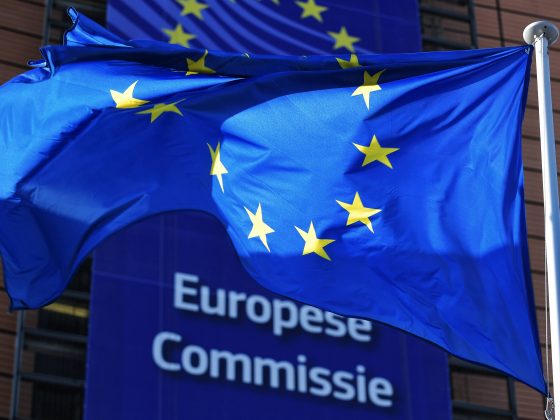 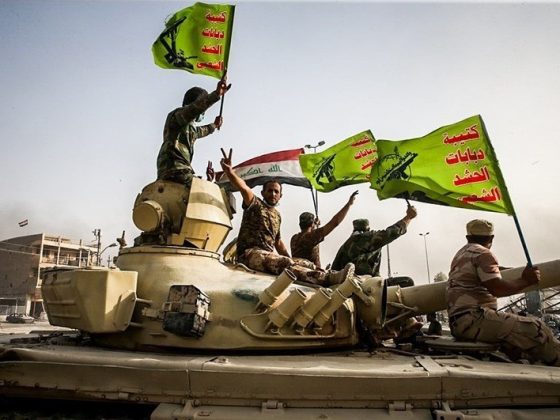 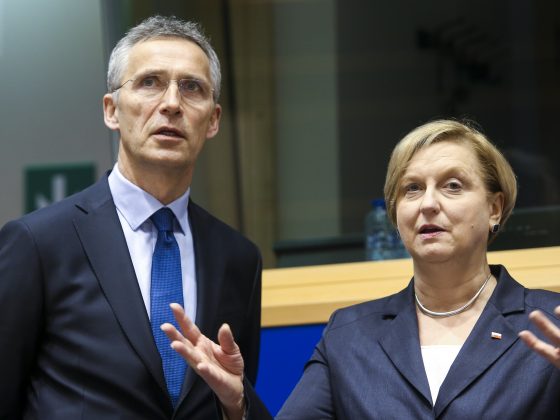 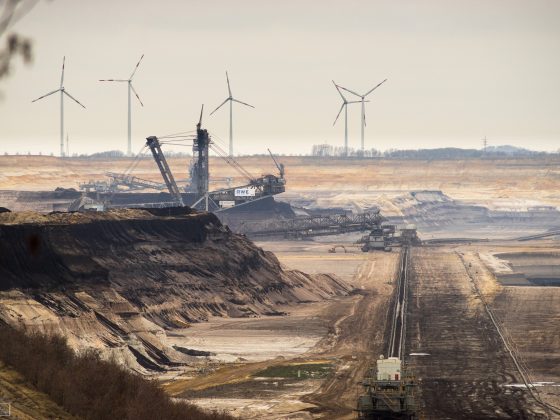 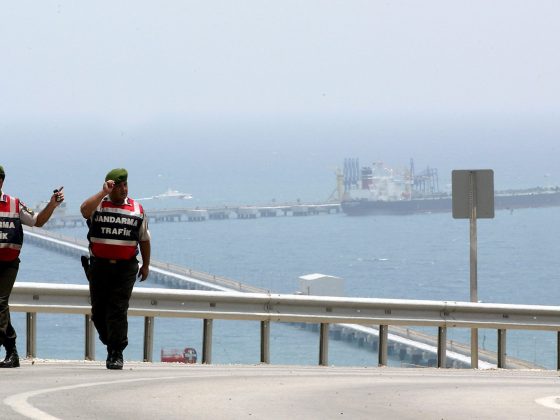 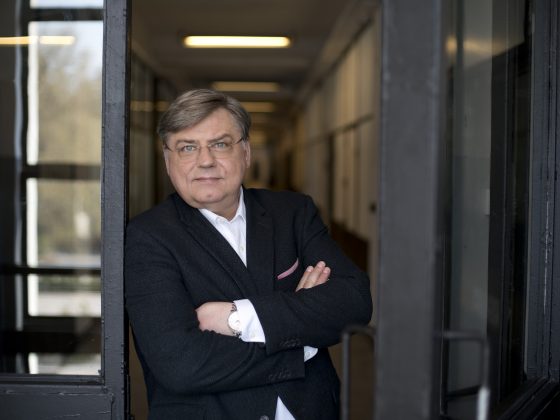 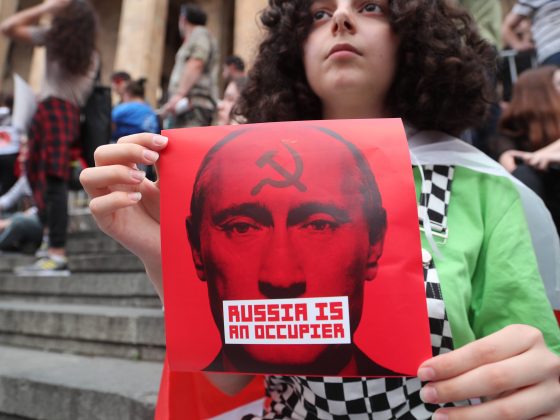