What does the average German, Briton, Parisian or Brussels resident know about Poland? What comes to mind when they think of Poland? They probably know that Pope John Paul II was Polish and that the social movement Solidarity was born in Poland. 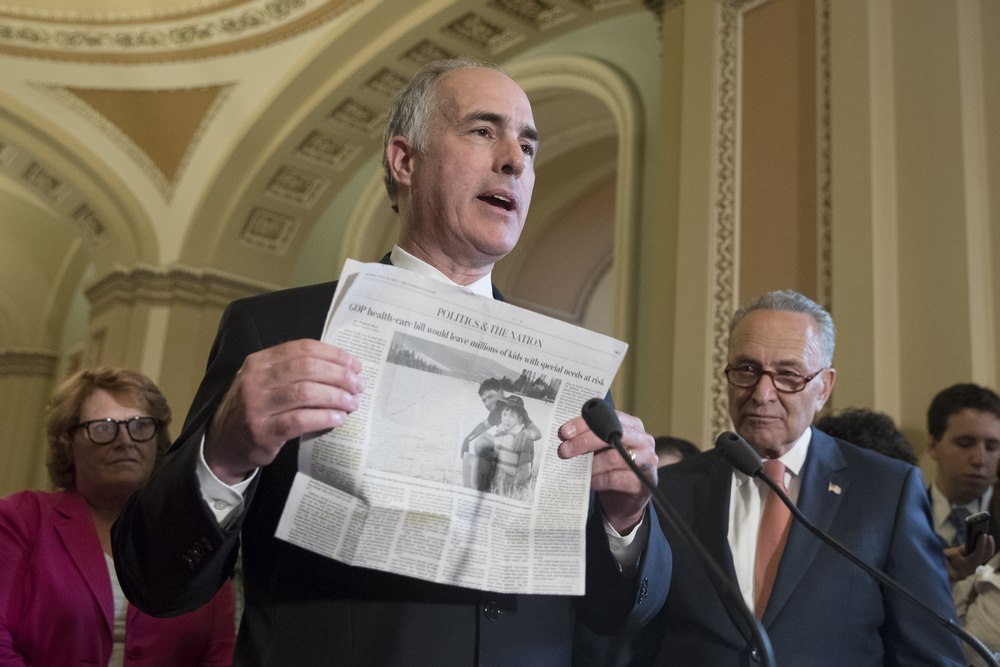 In school they may have learned about the victory at the Battle of Vienna, in other words the defeat of the Ottoman Turks by King John III Sobieski in 1683, and the introduction of the first constitution on the Old Continent in the Polish Republic in 1793. Polish accents may be heard by them on a daily basis. Maybe at home their furniture was made in Poland; they perhaps ride to work in Solaris buses, and spend their free time playing “The Witcher”. Some people, encouraged by the country’s peace and security, may be planning their holidays this year on the Baltic Sea or at the Masurian lakes.

For foreigners, the picture of Poland can also be influenced by stereotypes of Polish people, information heard in passing, contacts with Poles, or experiences in business, trade or academic exchanges. Another important aspect is media coverage, which to varying degrees of accuracy relays what is happening in the country on the Vistula. What picture emerges from these reports?

First and foremost, Poland is presented as a country in which the “populist” and “Eurosceptic” governments of the Law and Justice party (PiS), “bring the democratic order to ruin“ and “destroy the separation of powers“, “restrict civil liberties” and “override” state institutions by taking control of them. “Since taking power in 2015”, it has been in a dispute with the European Commission about “fundamental European values” and “the rule of law”, through which Poland — “completely isolated in the EU arena” — has become a real enfant terrible of the community. The government of Prime Minister Beata Szydło is said to be fighting other battles as well — “re-writing Polish history”, “conducting a cultural counterrevolution”, “destroying the independence of the judiciary”, introducing an “embarrassing core program” into schools, and “destroying unfavorable media”. In the face of these government actions, Poles are engaging in huge protests and going out into the streets en masse under the leadership of a united opposition, because “the situation is worse than under communism and martial law,” and the whole government policy is leading to “the introduction of authoritarian rule through the backdoor.”

Bombarded with such information, the Western European listener has few means of verification. First of all, they may not hear any alternative message, so the information does not raise suspicion. Secondly, why would they doubt the stories of recognized news agencies like Reuters or the Associated Press,  republished in such prominent places as the Financial Times, Le Monde or Frankfurter Allgemeine Zeitung? Finally, how could these articles describe an alternative reality in which Poles themselves are cited? 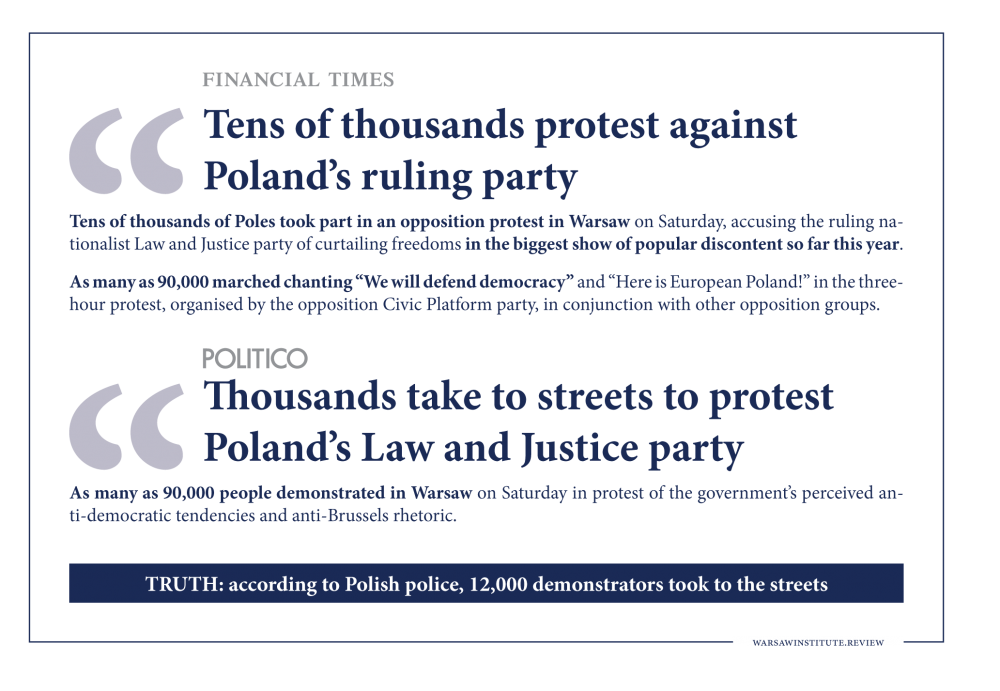 Here we should clarify the mechanism of how these articles are written, which is a result of the functioning of the Polish media market. Though unthinkable in countries like France and Germany, foreign capital controls 76% of the Polish media market, and an overwhelming majority of regional publications belong to German media companies. It just so happens that journalists working in Poland in these corporations are often the only source of information for their colleagues in foreign editorial offices. Moreover, they are often the authors of articles about Poland. Inside the country, these publications harshly criticize the actions of the current government while supporting the opposition and the same message is being sent abroad. One cannot fail to ask whether their disdain for the Law and Justice government has something to do with the project to restore pluralism in the domestic media market.

Apart from the issues relating to ownership, the reason for this situation is the long-standing dominance of the so-called mainstream media, which openly supported the former ruling party, the Civic Platform (PO). The source of this domination was the process of granting media concessions after 1989, controlled by people associated with the communist system. For this reason, there was an imbalance in the Polish media market from the beginning. Conservative media was niche, founded and run on the money of journalists and donations from ordinary citizens. Their voice was not heard abroad. Although much on the Polish scene has changed over the years, one gets the impression that the contact lists of foreign correspondents of newspapers like Le Monde for example, have been filled for 25 years with the same phone numbers of journalists from Gazeta Wyborcza who are leading the attack against the government, and whose days of popularity and high circulation have passed. The sales of this paper, oft-cited abroad, have been falling sharply for a long time, and conservative media, especially online, enjoys the trust of many Poles. Wpolityce.pl is the most influential opinion-shaping internet portal and leads Onet.pl in this regard, which is owned by the Ringier Axel Springer Media group. In turn, Gazeta Polska and wSieci are winning opinion-making rankings among weeklies. 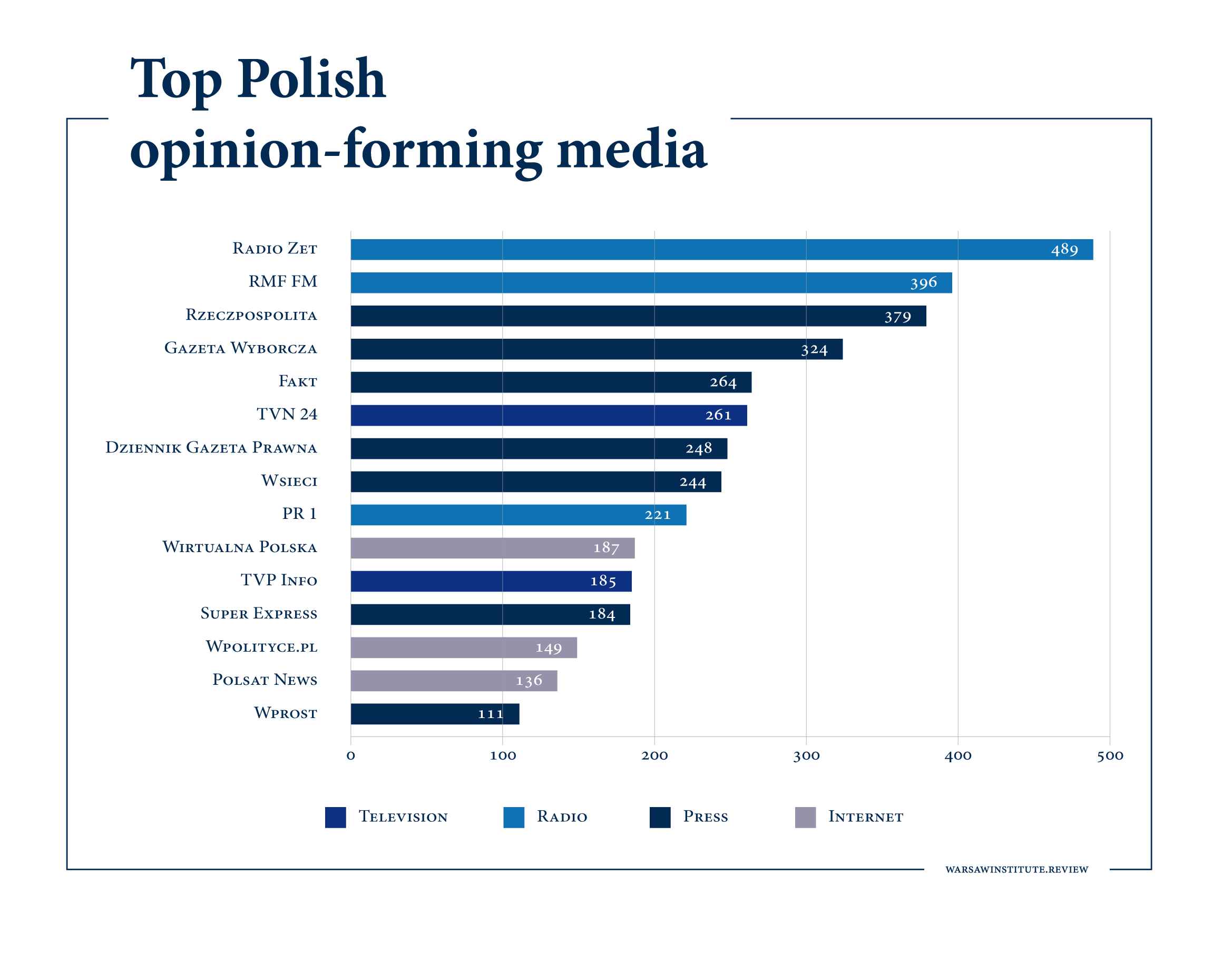 There is a further reason for such a negative attitude towards Law and Justice to exist. This concerns a fundamental dispute currently taking place in Poland, which has a deep historical basis. This is not a conflict between the two largest parties or the personal animosity of their leaders, as it is often misrepresented; rather, this is a conflict between the present political leadership and the elites, who obtained their privileges at the expense of Polish society. It is a conflict over the foundation and course of the entire democratic transformation after 1989. Indeed, the two dominant Polish political formations — PiS and PO — emerged from the legacy of Solidarity and bring together in their ranks people who once fought arm in arm against communism. However, divergent views on fundamental issues such as decommunization, privatization and economic transformation, have led to the current divisions. The groups affiliated with Law and Justice fought to settle accounts with the past and for social justice. The other side made deals with the post-communist elites and created the dominant establishment in politics, business and the media for the past quarter century. Although we have gone through a democratic transformation, economic reforms, and have joined NATO and the European Union, the average citizen has benefitted the least from this transformation, while a narrow elite has benefitted the most.

Today, the government of Beata Szydło has been consistently implementing a program of social justice for regular Poles, which conflicts with the interests of the elites, hence the vehement criticism of the introduced reforms. Closing loopholes in the tax system prevents dishonest practices. Supporting domestic entrepreneurs and products is a strike against international companies. Striving for Polish capital to prevail in the media market threatens those affiliated with foreign entities. The reform of the judiciary is a chance to settle the big scandals of recent years.

The numbers speak for themselves. Thanks to the introduction of family benefits of 120 euros monthly for the second and each subsequent child, the situation of families has improved significantly, and child poverty has virtually been eliminated. At 7.5%, unemployment in Poland is the lowest it has been in 26 years. State budget revenues are rising and Poland is among the fastest growing economies in Europe. We have the lowest deficit in years, and our currency, the złoty, is strengthening. We are second in the EU in terms of economic growth, and credit agencies are raising Poland ratings. A completely different message, however, is going out to the rest of the world, which operates on specific principles.

The Mechanism of disinformation

First of all, the very selection of subjects covered in news stories falsifies the image of Poland. For example, one of the dominant and frequently recurring stories in the German, British, French and even American media is the issue of changes in the Museum of the Second World War in Gdańsk. Probably it is not the most pertinent issue for foreign readers but they may learn about the proceedings in the Gdańsk museum, with detailed descriptions of court judgments in each instance. At the same time they will not find out from the Western media about events more important from the international point of view –  about the Warsaw Declaration of the Visegrad Group countries and about the spiritedly prepared Congress of Innovators, or — apart from brief mentions — the Belt and Road Initiative proposed for Europe by China.  Someone may say that the issue of the Innovators Summit is not important enough for foreign correspondents to deal with. Is then the issue of the cancellation of the Polish Song Festival in Opole so crucial that even the Financial Times took it up?

Secondly, foreign media occasionally repeats “fake news” about Poland, without verifying the information provided. This was the case during the coverage of one of the many opposition protests. Information appeared in the Polish media given by the organizers, that the so-called “march of freedom” was attended by 90,000 people and that it was the biggest protest in many years. This figure was picked up by foreign editors, and so the Associated Press, Suddeutsche Zeitung and Financial Times reported on a nearly 100,000-strong demonstration in Warsaw. However, according to official police data, 12,000 people participated in the protest – even the media supportive of the opposition wrote the following day that there were about 15,000 demonstrators. It is true that some stories included a qualifier about the divergent figures, but placed it in the last paragraph and in a tone questioning the lower numbers. By contrast, the 90,000 number dominated the headlines and was presented as fact. The very subject of anti-government protests, which have been held regularly since the PiS took over, is very much welcomed by foreign media. Interestingly, the same articles that cover these freely organized demonstrations report on the threat to democratic and civic freedoms in Poland.

Lastly, many texts present the Polish reality in a one-sided manner. Foreign reporters quote opposition politicians, experts critical of the PiS changes, European diplomats and Polish journalists representing liberal media. On the other hand, it is difficult to find in their texts opinions of conservative experts and journalists. In consequence, the government’s opponents are virtually the only source of information. During the past 18 months the majority of articles about Poland concerned the conflict around the Constitutional Tribunal. It was reported that the PiS government did not want to swear in the judges selected by the previous parliament, but it was not explained that this selection itself was illegal. In articles describing the education reform measures, the lines “creating new Poles” and “educating obedient, xenophobic traditionalists” are repeated over and over. There is no analysis though of why the reform is being carried out in the first place and what the public’s opinion is on this matter.

I want to believe that the distorted image of our reality is not always the result of bad will. The representatives of the victims of the political transformation must do more to make think-tanks or projects like the Warsaw Institute Review accessible to our Western partners. We invite you to come to Poland. News that flows from only one side of a conflict will always be distorted and incomplete. It is time for journalists’ contact books to reflect the full spectrum of views. 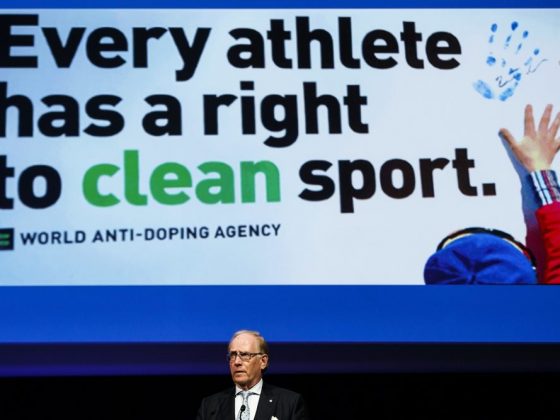 The Battle Against Doping – Challenging but Winnable 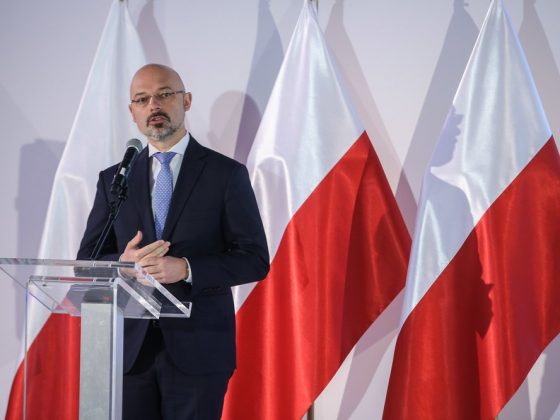 Poland on the Road to Electromobility 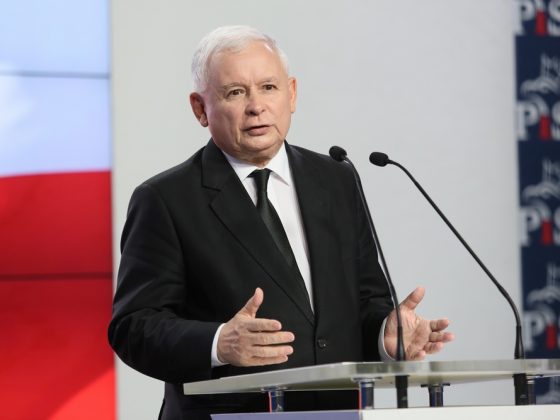 Globalism and Localism in the Perspective of Polish Politics 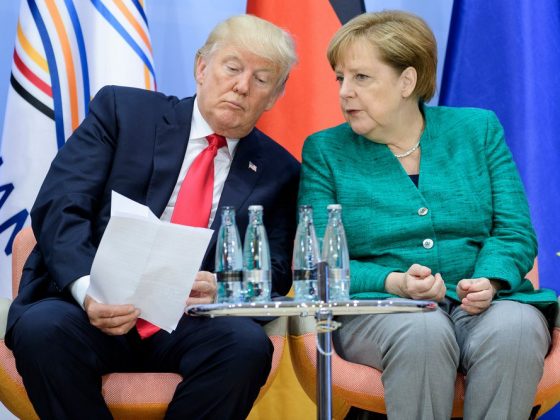 Reconstruction of Power – Germany’s foreign policy after the September election 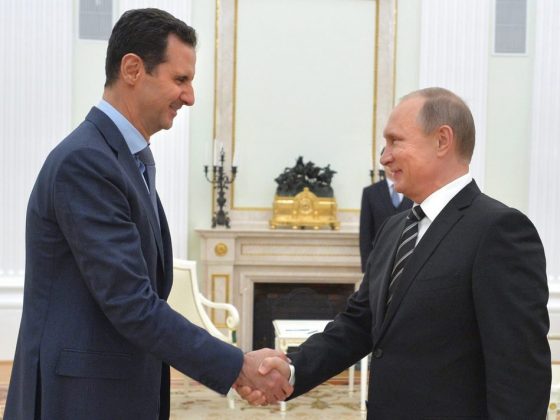 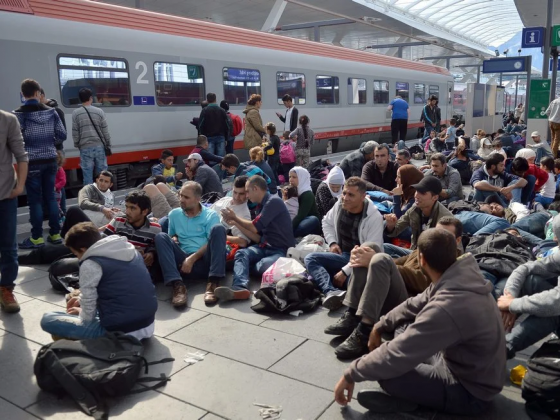 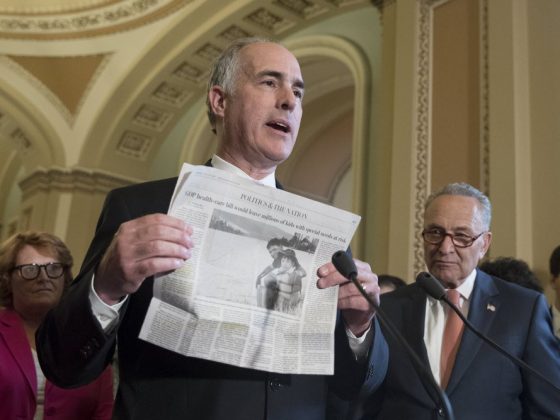 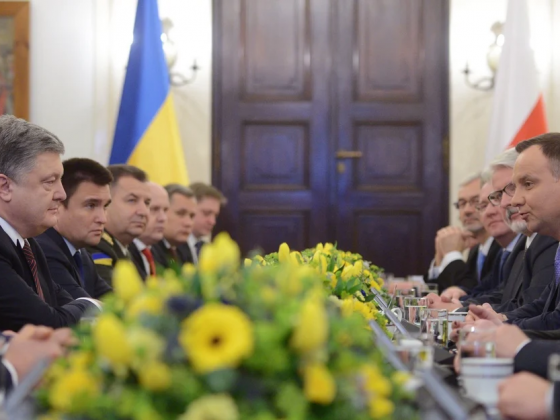 Defense Cooperation between Poland and Ukraine: Present State and Prospects