In modern times, protecting cultural heritage has been a central component of almost any government’s policy. Heritage, which comprises the material evidence of a common past and shared experience, supports the building of a sense of community as well as self-confidence within society which is directly linked with strong social capital. 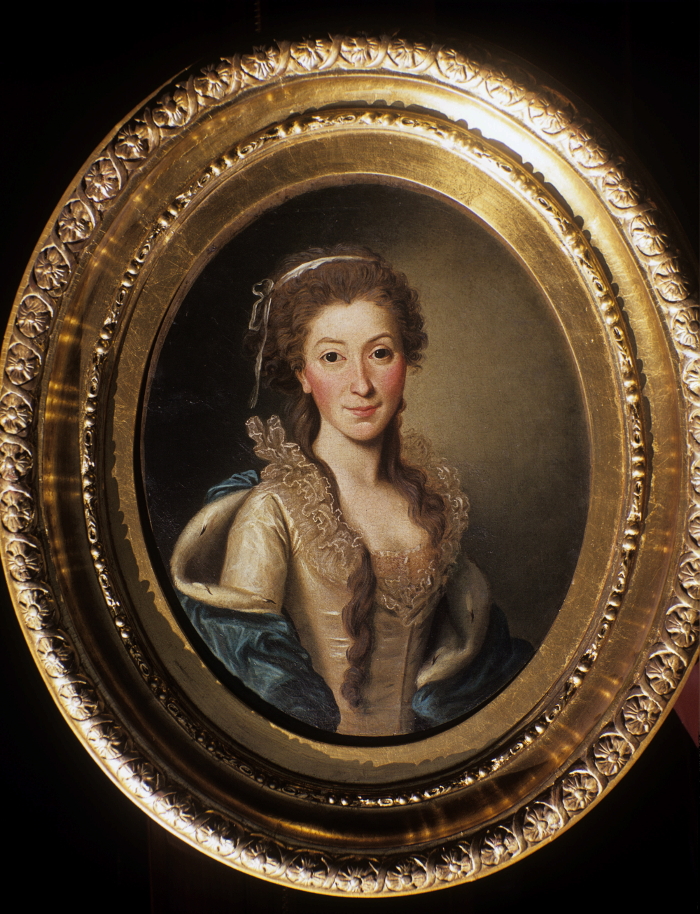 The perception of heritage as a crucial element for a society’s development has become recently fashionable in EU policies. For decades previously, heritage was mainly protected due to its aesthetic and/or historic value. However the whole idea of protecting heritage was actually developed in the late 18th and 19th centuries at a time when states were developing rapidly towards how we know them today. It was during this period that many European states decided to protect their heritage and develop policies and legal regulations accordingly. Today, it is widely agreed worldwide that protecting national heritage is one of a state’s indisputable obligations.

However, in the case of Poland, such protection has been difficult, particularly because the state did not exist in the 19th century, after it had been partitioned by its neighbors (Russia, Austria and Prussia) in 1795. Poland remained divided among the three states until it regained its independence after World War I in 1918. During the 123 years of partitions, Polish heritage was deliberately neglected by the occupying authorities and unlike in other European states, the legal system for heritage protection was unable to develop; not to mention that Poland was under the rule of three different jurisdictions. Nevertheless, heritage protection remained a priority for the populous despite – or possibly because of – Poland not having its own government. This does not mean though, that heritage was unprotected. On the contrary! National heritage remained (or became!) a priority even (or especially!) when the government ceased to exist.

Izabela Fleming-Czartoryski and the Museum in Puławy

After Poland lost its independence in 1795, to many Polish nobles, the need to protect national heritage seemed to be the most effective way of maintaining national identity. One of the most prominent examples of this effort is the Princess Czartoryski Collection of the early 1800s, assembled by Princess Izabela Fleming-Czartoryski, who created the first Polish museum in Puławy. She explained the purpose of doing it thus: “as Poland ceased to exist (…) I began to collect Polish souvenirs for posterity”.

The breathtaking Czartoryski Collection includes thousands of paintings by some of the world’s most famous artists, including the Lady with an Ermine by Leonardo da Vinci, Landscape with the Good Samaritan by Rembrandt, Polonia by Jan Matejko, as well as prints by Albrecht Durer. It consists of more than 86,000 museum objects such as the memorabilia of Tadeusz Kościuszko or Frédéric Chopin’s death mask, as well as over 250,000 library items including books, old prints and manuscripts, as well as priceless treasures of Polish national heritage like the Act of the Polish-Lithuanian Union of Horodło (1413), the Act of Prussian Homage (1525) and 15th century manuscripts of the Chronicles by Jan Długosz.

Throughout the last two centuries, the Czartoryski Collection has survived some of the most turbulent times in Poland’s history. The collection was hidden and evacuated several times. It was looted and taken as a trophy. It was searched for and rescued. It was also cared for and exhibited, something of which Polish society has always been proud and identified themselves with.

Finally, as Poland prepares to celebrate the centenary of regaining independence in 2018, the Polish government has purchased the collection from Prince Adam Karol Czartoryski and the Princess Czartoryski Foundation, along with all related real estate, as well as the right to all claims on movable cultural goods included in the collection, which were lost during World War II.

The efforts of the Polish government have gained widespread support, from both the Parliament, which passed an amendment to the 2016 budget to allow the creation of a special reserve fund for the purchase of cultural goods of significant importance, and museum curators – members of the Council of Museum and Remembrance Sites advising the Minister of Culture and National Heritage, along with art history and cultural heritage experts nationwide.

Naturally, the rationale behind protecting cultural heritage is often questioned. Why is it so important? For decades, heritage professionals have intensively focused on how to protect cultural heritage, without giving much consideration to why. 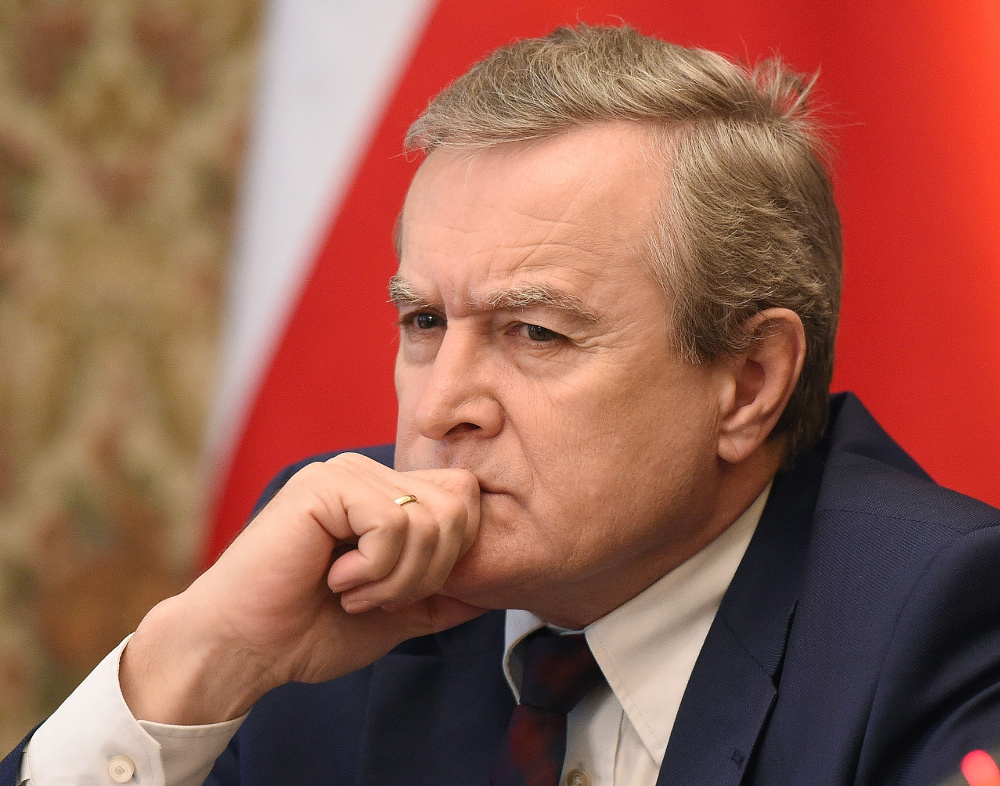 In Poland, the social value of cultural heritage has only recently been properly researched. The National Heritage Board of Poland (Narodowy Instytut Dziedzictwa) commissioned a study in 2012, where for the first time, Poles were asked a fundamental question: is heritage important to society? An overwhelming majority (89 percent) of respondents said “yes”. Another question in the study referred to the key values of heritage. A strong link between cultural heritage and national identity was revealed with 62 percent of respondents declaring that they think cultural heritage is important because it is the testimony of Poland’s common past. 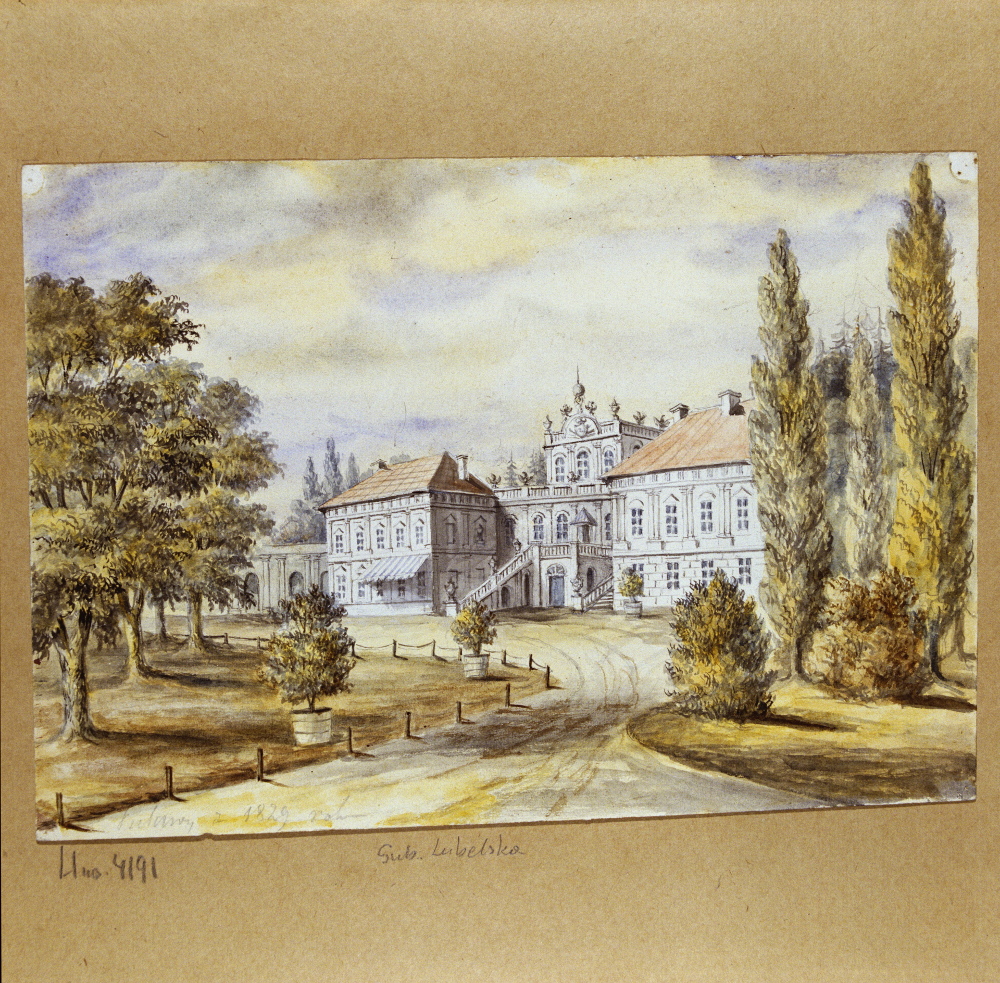 The term “national identity” requires further explanation in the case of Poland. Its identity, given its complicated and often dramatic history as well as its geographic location, is built on the multicultural heritage of many nations comprising different beliefs and traditions. Therefore, being Polish does not necessarily mean being part of a specific religion or ethnicity. In a way, Polish national identity is similar to that of the Americans, who trace their roots back to many different parts of the world. Even today, despite the barbarism of World War II and the Nazi German and Soviet occupations and decades of communism that followed, creating a rather homogenous society in modern Poland, it is still possible to perceive it as a multi-ethnic nation. In a public survey conducted in 2006, a question was asked about the conditions a person must meet to be considered Polish by other Poles. The most frequently chosen answer (69 percent) was that he or she must feel Polish himself/herself. This reflects the openness of Polish society and the ease with which people can assimilate into it.

Overall, one can clearly see that a participatory approach to cultural heritage is not just a trend but should be a natural option for all countries, particularly those with such complex histories and historical assets as Poland.

This approach was also reflected in a social survey commissioned by the Ministry of Culture and National Heritage in 2016, which aimed to determine how to design a program to mark the centenary of Poland’s independence, in a way that would maximize the public benefit. The survey confirmed, among other things, that, according to respondents (a representative sampling of Polish society), cultural heritage is crucial in this process, as it is one of the primary factors in community building.

Therefore, since the main aim of the Niepodległa (“Independent” program for the Centenary of Regaining Independence by Poland) is to build a strong civic society, many of the projects refer to both tangible and intangible heritage, and promote a participatory approach. The program is not about major development and investment projects but rather about inclusive educational projects that bring rich cultural heritage closer to the community.

Projects financed within the Niepodległa Program (the total budget exceeds $60 million) must be focused not only on civil society development, but should also promote at least one of the three core values that are recognized as most important for Poland’s national identity, namely the pursuit of freedom, respect for human dignity and human rights, and solidarity in both a social and political sense.

The program promotes inclusive actions, community building and the rediscovering of cultural heritage at the local, regional and national levels.

The expected effect of the Niepodległa Program is a stronger civil society, aware of its rights and responsibilities, and proud of its history and heritage, just as Princess Czartoryski envisioned.

Zamoyski, A. 2001: The Princes Czartoryski Museum. A history of the collections. 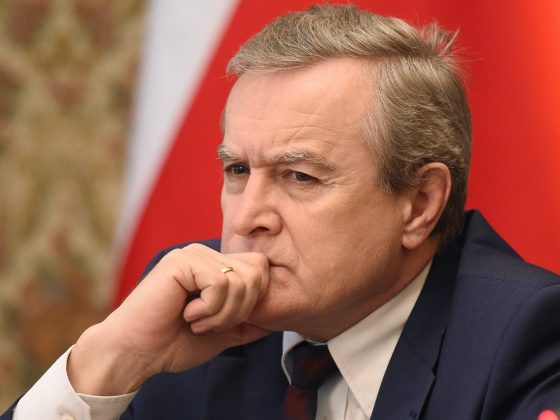 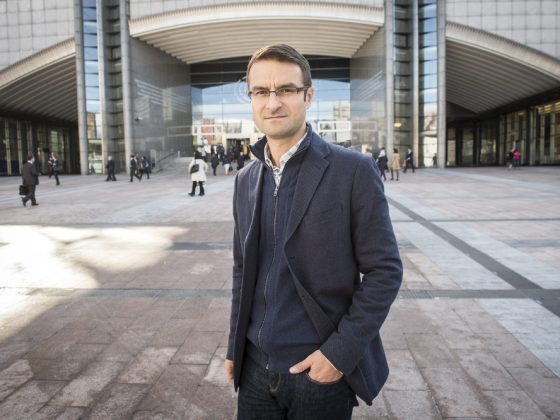 Via Carpathia – An Investment in the Future 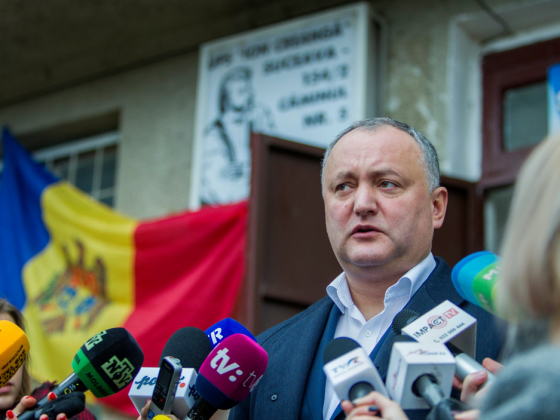 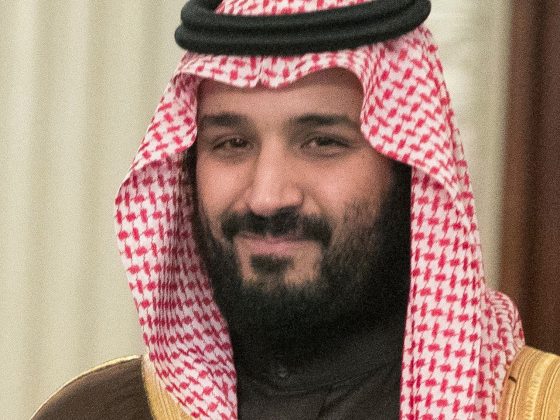 Iran: Protest of the Doubly Cheated 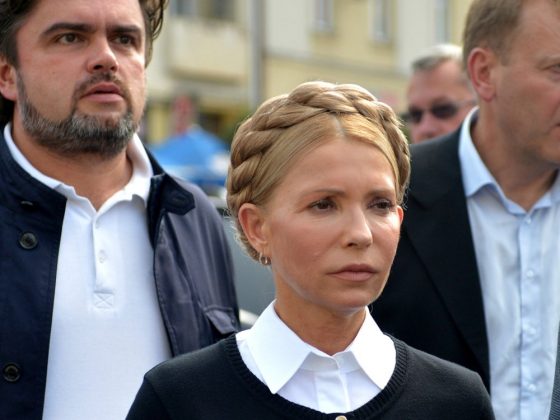 Ukraine: Freedom in the Shadow of Corruption 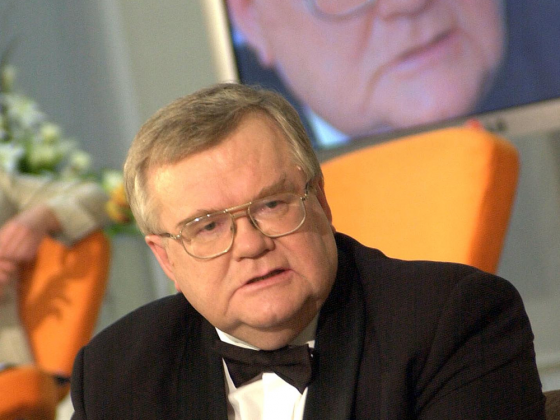 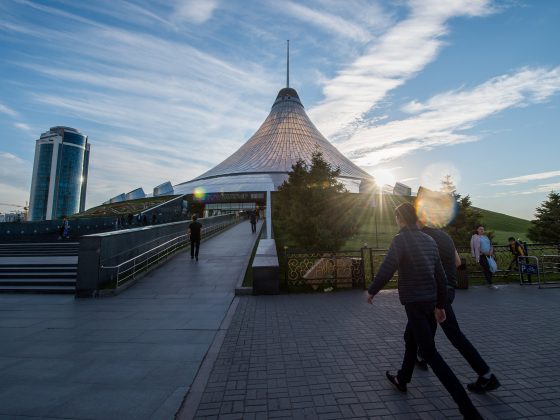 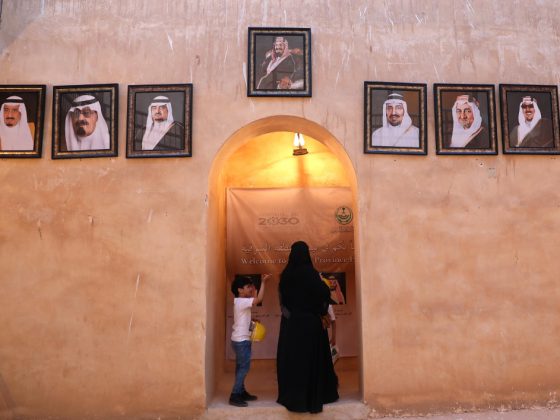 The Kingdom of Saudi Arabia and the Future of Jihadism