The Crimean Factor: How the European Union Reacted to Russia’s Annexation of Crimea

The current level of rather distanced relations between the European Union and Russia started to take shape five years ago. Russia’s continuing disregard for international law, aggression against Ukraine, and hostile activities against Western countries have resulted in policies of sanctions and other restrictions. It has also induced the discussion about the need to revise cooperation strategies with Russia, moving from the strategic partnership paradigm to treating Russia as one of the main sources of instability both in the neighborhood and among member states. The first event that inaugurated this new era in EU-Russia relations was the illegal annexation of Crimea. This paper aims to analyze how the EU reacted to this major breach of international law and how the Crimean factor has influenced the relations between the European Union and Russia over the past five years.

The annexation of Crimea by Russia is considered to be the most serious breach of European borders since the Second World War[1]. The events that led to the occupation and the following annexation of the peninsula started in late February 2014 when the bloody shootings of the protesters on Kyiv’s Maidan Square changed the odds for the Ukrainian revolution. In the days following the shootings, President Viktor Yanukovych left Kyiv, which was interpreted as a withdrawal from presidential duties in an unconstitutional manner. On February 22, the Verkhovna Rada of Ukraine, Ukraine’s parliament, removed Yanukovych from office and scheduled early presidential elections in late May[2]. The Rada appointed a new speaker and a new government in subsequent days, since the closest allies of Yanukovych from the parliament and government fled the country with him. Starting from February 20 to February 27 when the new government was approved by the Rada, Ukraine faced both a vacuum of power and a severe political crisis.

Russia has perfectly exploited the situation in Ukraine. The first periods of unrest began right after the Maidan shootings that shook Kyiv. In the days that followed, the protesters questioned the legitimacy of the new Kyiv authorities and referendums on succession from Ukraine in favor of Russia began taking place on different parts of Crimea. Beginning on February 25, administrative buildings were seized by pro-Russian protesters and Russian special forces[3], which led to the replacement of PM Mohyliov (who was loyal to Kyiv) with PM Aksyonov (who was openly pro-Russian). In the following days “little green men” who were really Russian military men without insignia began the full-fledged military take-over operation of the peninsula authorised by the Federation Council of Russia[4]. Although back in 2014 Russia has strongly denied the involvement of its military and special forces in the annexation of Crimea and repeated that it was all the will of the local people, later Putin himself confirmed that the intervention took place. Putin stated, “However, in my conversations with my foreign colleagues I did not hide the fact that our goal was to ensure proper conditions for the people of Crimea to be able to freely express their will. And so, we had to take the necessary measures in order to prevent the situation in Crimea unfolding the way it is now unfolding in southeastern Ukraine. We didn’t want any tanks, any nationalist combat units or people with extreme views armed with automatic weapons. Of course, the Russian servicemen did back the Crimean self-defence forces. They acted in a civil but a decisive and professional manner, as I’ve already said”[5].

That means that the referendum on Crimea’s status was executed under Russian military occupation and, therefore, cannot be viewed as legal and binding. Nevertheless, Russia is using it to legitimize the annexation which was finalized on March 18 when the Treaty on Accession of the Republic of Crimea to Russia was signed in the Kremlin by Aksyonov and Putin. This was the final act in the swift military takeover operation of Crimea by Russia.
Before analyzing the EU’s reaction to the annexation of Crimea, it is very much worth reminding the special element of the takeover operation, i.e. information operation[6]. Alongside physical presence, Russians have strongly dominated the information space creating a very blurred and mixed image of the Crimean events. Also, although evidence of Russian involvement was clear from the very beginning, only in later years the full picture and nature of Russian actions were fully understood, with Russians themselves no longer hiding the army’s leading role in the annexation. Yet as the takeover was unfolding, the Russian media tried to hide its true nature behind the “little green men”, local movements, referendum, the protection of the rights of Russian speakers etc. This can partly explain why the first international reaction was rather restrained despite the fact that, by annexing Crimea, Russia has violated the following international treaties:

The situation in Crimea was first addressed by the EU during the extraordinary meeting of EU Heads of State on March 6, 2014. In the joint statement, the EU leaders condemned Russia’s unprovoked violation of Ukrainian sovereignty and territorial integrity and called on Russia to immediately withdraw its armed forces and allow immediate access for international monitors[7]. They have also criticized the decision to hold a referendum in Crimea. Although recognizing Russia’s responsibility in unrests in Crimea, EU leaders still called for negotiations between Ukraine and Russia and for a peaceful resolution of the crisis. No restrictive measures were announced, the only response pertained to the suspension of bilateral talks on visa matters.

The next meeting that discussed developments in Crimea took place on March 20, already after the referendum and the signing of the Accession treaty in the Kremlin. “Our goal is to stop Russian action against Ukraine, to restore Ukraine’s sovereignty – and to achieve this we need a negotiated solution“, said Herman Van Rompuy, the then President of the European Council[8]. EU leaders announced new personal sanctions, bans and asset freezes, adding 12 new names Russian and Crimean officials to the list of 21 officials already targeted by the decision of EU ministers. In addition to the new names, the European Council cancelled a planned EU-Russia summit and noted that member states will not hold any bilateral regular summits with Russia.

In late June 2014, the EU has introduced restrictions on economic relations with Crimea. The measures apply to EU persons and EU based companies. These measures include:

With further escalation of military conflict in Eastern Ukraine, EU’s attention shifted from Crimea to Donbas. Although all official statements included the Crimean case, the main attention was directed after MH17 was shot down over Eastern Ukraine, the invasion of the Russian army in Eastern Ukraine, and violations of the Minsk Agreement. With regards to Crimea, the EU later included more names of Crimean politicians to sanction list, introduced sanctions against 3 Russian companies that transferred gas turbines to Crimea and 6 entities involved in the construction of Kerch bridge[10].

In late November 2018, a new Crimean crisis challenged the international community. Russian coast guard ships opened fire on a group of vessels of the Ukrainian Navy in international waters as they were leaving the Kerch Strait[11]. As a result, 24 Ukrainian sailors were detained and transferred to Moscow and commercial shipping through the Kerch Strait was blocked for a few days. However serious the incident was, only in mid February, almost three months after the event, EU diplomats agreed to sanction Russian individuals involved in the detention of those Ukrainian sailors. This belated and soft reaction has renewed old discussions regarding the adequacy of steps taken by the EU in the face of the Russian annexation of Crimea.

Five years after the annexation, it is clear that the sanctions policy used by the EU towards Russia did not bring any of the desired results. Neither has it stopped the annexation nor restrained Russia from takingfurther aggressive steps. The EU has not reviewed its initial sanctions policy even after Russian officials have publicly confirmed that Crimea was taken over after the military operation. Sanctions that were introduced against Russia after the downing of MH17 and violations of Minsk Agreement are significantly broader and tougher. Again, one could argue that, back in 2014, the situation in both Crimea and Kyiv was very chaotic and the nature of events remained unclear while they were unfolding. However, this wasn’t the case with the attack on the Ukrainian vessels in 2018. This time Russian aggressive actions were open and obvious. Still, the EU did not recognize it as an open act of aggression and waited for almost three months to announce sanctions against those responsible for this event.

The EU’s sanctions policy against Russia for the illegal annexation of Crimea remains soft. EU has not introduced broad economic sanctions against Russia after the annexation and has not sanctioned top officials and businessmen in Russia. It is also clear that Crimea itself did not become a game-changer in the relations between the EU and Russia. It was rather the inciting event in a series of sequential gross violations on behalf of Russia.

[9] EU restrictive measures in response to the crisis in Ukraine, European Council, Council of the European Union
https://www.consilium.europa.eu/en/policies/sanctions/ukraine-crisis/

[10] Timeline – EU restrictive measures in response to the crisis in Ukraine, European Council, Council of the European Union
https://www.consilium.europa.eu/en/policies/sanctions/ukraine-crisis/history-ukraine-crisis/ 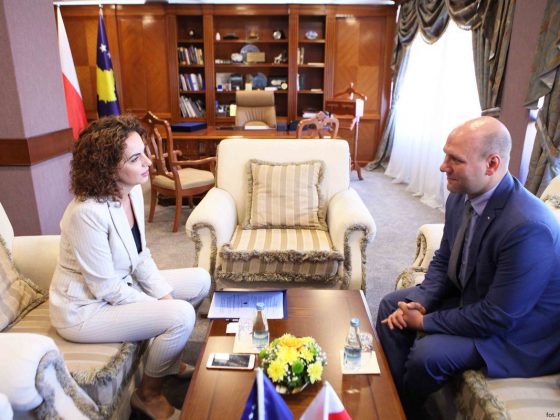 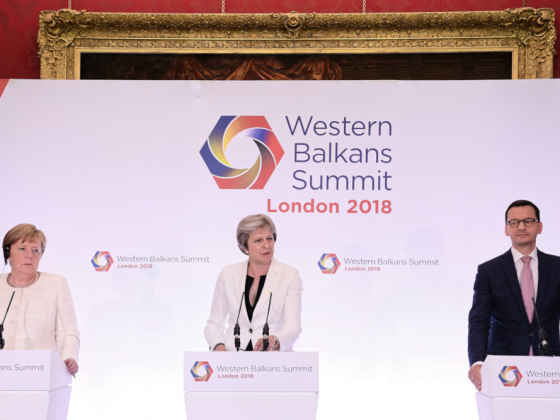 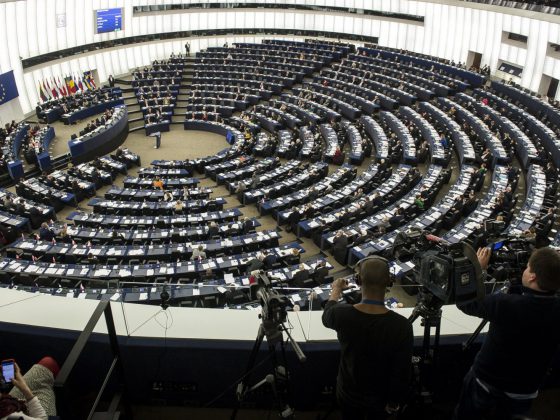 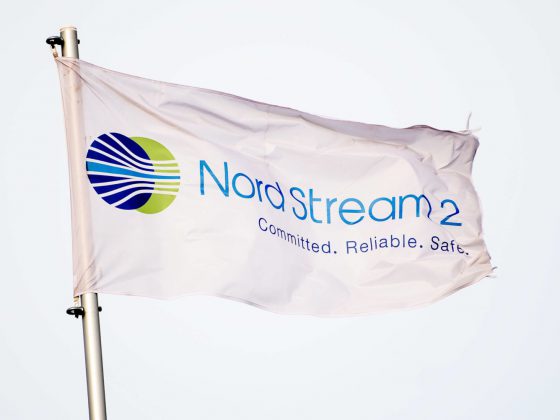 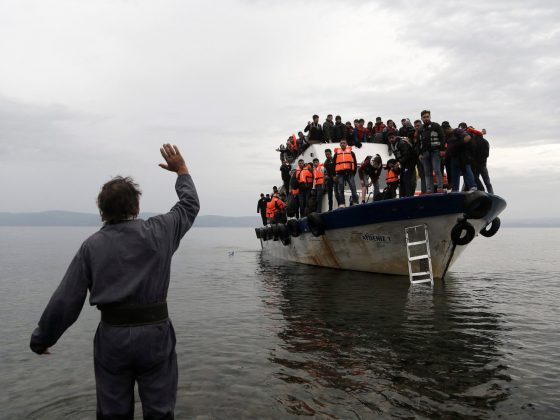 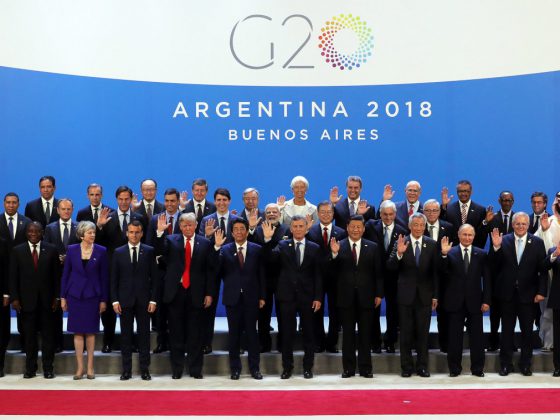 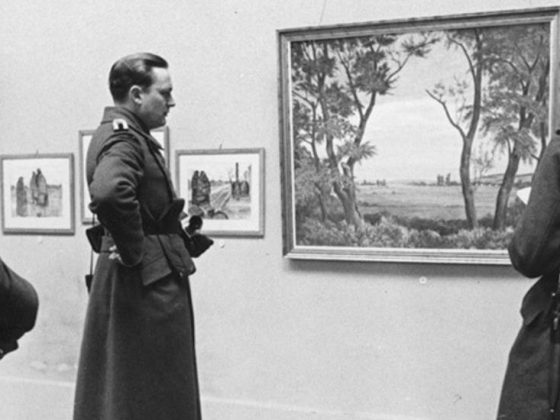