Interview with the Ambassador of the Republic of Poland in Berlin, Prof. Andrzej Przyłębski.

Izabela Wojtyczka:
The brutal German invasion of Poland on September 1, 1939, ignited the Second World War. Is there an awareness in German society regarding what had happened 80 years ago on the territories of Poland?

Awareness regarding the Second World War in the German society is limited. I have to admit that the historical knowledge is either seriously lacking or it is distorted. A question arises, whether it is not a meticulously planned operation, aimed to deliberately distort history?

I’m referring, first and foremost, to altering the language about the truth. In the media, the Internet, in public discourse, the wrong type of language is used, it is based on lies. Using the term „Polish death camps”, or “Polish concentration camps”, instead of German extermination camps and German concentration camps… is the most infamous example. True, the events were occurring on the territory of Poland, but they were conducted absolutely and entirely out of  German initiative, Poles were the victims, and Germans the executioners.

Nevertheless I am certain that this distortion is not a happenstance. It is the result of a deliberate policy, however, the first element of the acceptance of this distortion is silence, a passive acquiescence. Similar treatment can be noticed with the artificially induced inclination to use the word “Nazi” instead of “German”. In public narration, the word ‘Nazi’ has become deeply ingrained as a reference to people who murdered during the occupation. Today the word ‘Nazi’ is not associated directly with Germans. This is an effort to recreate a more soothing tone, which overshadows the truth.

Similar examples can be found in the books about the history of diplomacy. German diplomats, for instance, attempted to influence, inter alia, the form of the Holocaust Museum in Washington. This was done in order for the history of the Second World War not to dominate the image of Germany in the minds of the recipient – the Americans. Officials, diplomats, and politicians consciously attempted to soften the image of Germany in the Second World War in the eyes of American public. In order to achieve their aims they supplemented the exhibition with the story of the more recent democratic developments in Germany. They exposed the flourishing commerce, tourism and culture. All this was done in order to mask the truth regarding the tragic history of atrocious and cruel times of war, in which the Germans played the role of the torturers and perpetrators.

What strategy should the Polish state undertake towards this?

Of course Poland ought to raise the issue of the awareness of the responsibility for the losses incurred in the Second World War. First and foremost, we must have a clear policy regarding raising historical awareness of the events of World War II. We need to speak about what was happening on Polish territories after 1939. Our fundamental advantage over our adversaries is that we need not be afraid of the truth. Polish territories were scenes of unprecedented carnage. This included a special targeting of the intellectual elite, establishing death camps and an utter obliteration of cities and monuments.

The authentic witnesses of those times should be heard. We need to conduct studies on how Jews were betrayed and murdered, how many Poles were killed, in what conditions they were dying, and what losses Poland as a whole had suffered. We need to start talking about German extermination camps and explaining what the reality these vicious times was like.

A gloomy situation is unfolding. Indeed, it was on Polish territory that people were murdered, and the national wealth was plundered on a massive scale. What tangible efforts could be undertaken to construct the narration truthful of those times?

Firstly, we have at our disposal the diplomatic machine – consulates and embassies. Although to effectively bring back the truth, aside from these institutions, we ought to activate other channels. We should also take care of the image of our country in the media. Regrettably, it is my belief that the current negative attitude towards Poland in Germany is partly to be blamed on the foreign correspondents in Poland, in particular, German correspondents in Warsaw.

An aversion towards Poles is being constructed in German society. Claims that democracy and the rule of law are all but gone in Poland, and people are harassed in the streets are made quite bluntly. To a large extent the “credit” for this situation goes to the German media, which are hammering this image into the minds of ordinary citizens. Personally, I try to fight with the false narrative, by supporting more authentic and objective media, which write about actual events. Of course, these are niche journals, although one should begin with such small steps. This is an undertaking, which may well take a few decades.

Currently in Germany, Nazi movements are strongly revived. How is the German government reacting?

However, we also need to note that the German government is taking some steps out of its own accord. The question arises as to how effective those solutions are?

Fascist tendencies in German society are largely a result of an excessive and unhealthy sense of pride and superiority. Historically, this was reflected by the desire to rule over neighbors, perhaps at times, the whole world. When internal problems arise in this society, radical movements are often reborn. When everything goes well, people associated with fascist circles do not elicit much attention. A good example is the refugee crisis, and I mean not just the actual refugees, mainly from Syria and Afghanistan, but also one hundred thousand economic migrants from the Middle East and North Africa, who suddenly began to change the everyday life of the Germans. Sadly, many citizens currently feel very insecure given that people from radically different cultures and with completely different habits abruptly enter their lives.

In this case, pressure should be put on the government to stop uncontrolled migration, and, to clearly distinguish economic immigrants from real refugees.  The well-being of citizens needs to be a priority. However, in the absence of adequate government action, we have seen growing tensions. Migrant centers are set on fire, people are attacked, radical militias are created. It is my contention that the current German policies in this respect are largely to blame.

In 2004, all political parties in the Sejm of the Republic of Poland unanimously adopted a resolution on Poland’s rights to German war reparations and on unlawful claims against Poland and Polish citizens raised in Germany. How do Germans perceive the topic of war reparations today?

War reparations are one of the most pertinent problems affecting Polish-German relations. It is a topic that always evokes tensions in mutual relations. Of course, there are two forms of reparations – namely, reparations for the state provided by another country, and reparations for individual people – citizens. Former President of the Republic of Poland, the late Prof. Lech Kaczyński considered mainly the latter form, that is, reparations for the property which was stolen from Polish and Jewish citizens in Poland. These are items and belongings forcibly seized by the Germans, such as furniture, instruments, artwork, valuables, paintings, and so on, and so forth. A German historian writes that every German family was in possession of plundered goods sent by soldiers who fought in the east.

The idea of reparations seems to be for Germany a real opening of a Pandora’s box – the Germans avoid this topic and warn not to talk about it, but at the same time maintain a kind approach towards Poles so as not to expose themselves to possible accusations of indifference on the matter. Currently, there is little awareness in German society of what happened during the Second World War, which is why people do not understand the Polish point of view. In the political environment there is a great fear of even raising the topic. They warn against it, they suggest moving away from these issues in order not to provoke negative emotions. Therefore, it should be clearly stated that there is no understanding on the issue of war claims between Poland and Germany. However, I can see that the gradual improvement of the dialogue, steadily raising this topic in closed meetings, does give results, and a space for conversation is opening up gradually.

A group of German activists, headed by architect Florian Mausbach, former Bundestag president Wolfgang Thiers, and a historian Dieter Bingen, are seeking political consent to build a monument in Berlin to commemorate the Polish victims of German occupation. What is your opinion on this subject?

Such a monument in the center of Berlin would make passers-by aware of what the Third Reich did to Poland. Unlike in many other occupied zones in Europe, the Nazi regime took it upon itself to completely obliterate a whole country and a whole nation starting with the extermination of its elites and ending with the enslavement of the ordinary people. Such a monument would of course be a symbol of the commemoration of all victims of World War II, it would also serve to disseminate knowledge on this subject, not only among Germans, but also foreign tourists. Berlin is, of course, a city often visited by foreigners.

I have heard some negative comments regarding the concept of the monument. I have heard that monuments are no longer built today, that there are other, more modern ways to express memories. Nobody, however, says exactly what those are. There are also voices claiming that there are more nationalities, which had fallen victims to the Third Reich – the Ukrainians, Belarusians and more, therefore a monument should be made for everyone from Central and Eastern Europe. Of course they suffered too, but this argument serves mainly to detract us from the matter at hand. And as such, of course, it is unacceptable from my perspective – one should stand up against such intentional blurring of reality and historical truth, which I consistently try to do at the Polish Embassy in Berlin, reminding about the real events of the Second World War. Thousands of Belarusians and Ukrainians were citizens of the pre-war Poland, so the monument would be addressed also to them, commemorating their suffering as well. 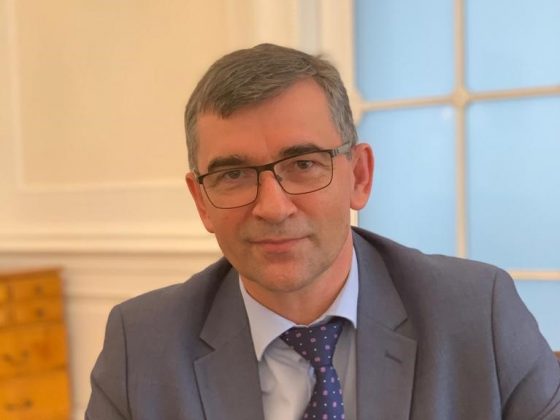 80 years later – the state of Polish-German relations in context of the Second World War. 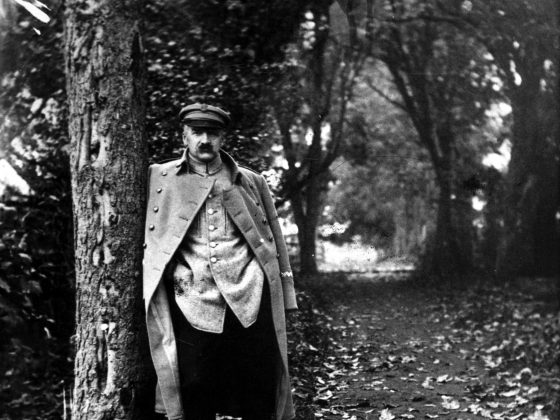 Tell us who you are. 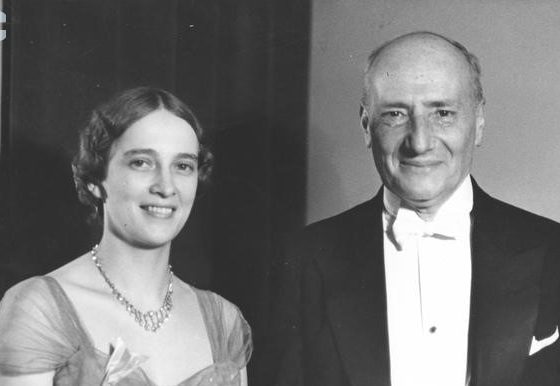 Warsaw Jewish collections and their destruction during the German occupation 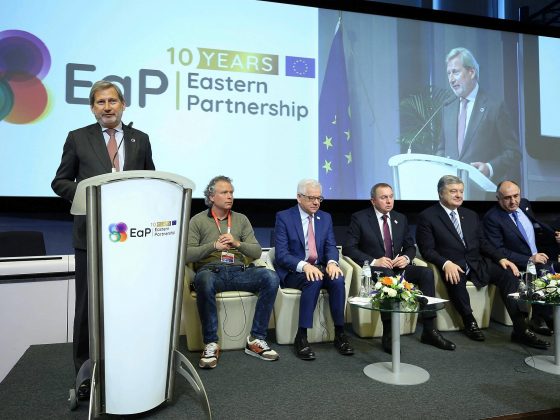 What is the future of the Eastern Partnership? 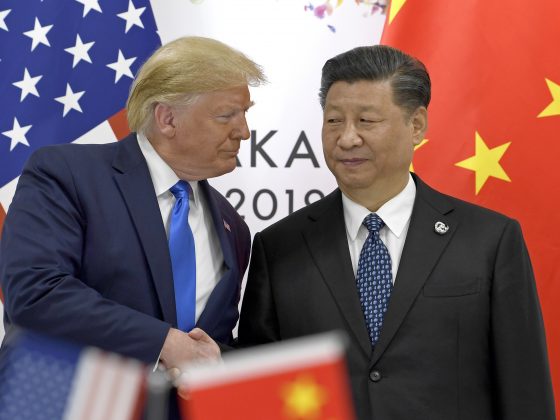 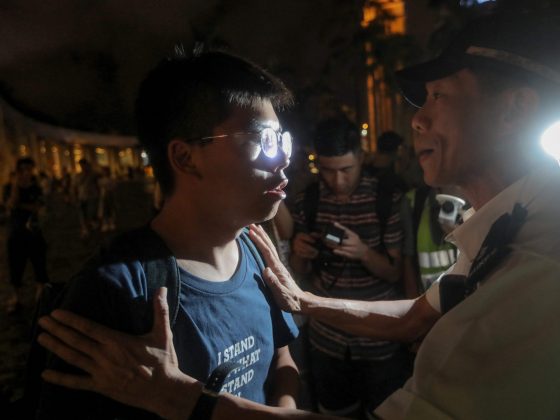 Hong Kong and Macau: The Paradoxes of Autonomy 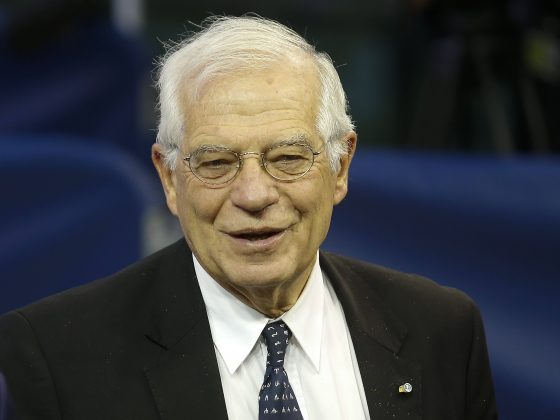 2019 European Election and its Outcomes