On August 13, 2020, Israel and the United Arab Emirates (UAE) signed a very special peace agreement. As per the document, the UAE will officially become the third Arab country to normalize its relations with Israel. In an interview with The Warsaw Institute Review, H.E. Mr. Alexander Ben Zvi – Ambassador Extraordinary and Plenipotentiary of the State of Israel to the Republic of Poland, explained the importance of this step and talked about recent developments and threats in the Middle East.

Julia Grzybowska: “Peace to Prosperity: A Vision to Improve the Lives of the Palestinian and Israeli People”, proposed by the White House and President Trump’s administration, states that “It creates a path to prosperity, security, and dignity for all involved. If the parties can agree on this framework as a basis for future negotiations, the potential for both the Israelis and the Palestinians and the region is unlimited.” What are the opinions of Israel, and, if we may ask, what is your opinion on the plan concerning both Israeli and Palestinian interests?

Alexander Ben Zvi: Israel perceives President Trump’s initiative as a starting point for further bilateral negotiations between Israel and Palestine. Any action requires a starting point, and the “Peace to Prosperity” plan certainly is one. Security is crucial for Israelis, consequently, the plan was adopted. Palestine did not acknowledge it and refused to normalize ties. The “1967 borders” are too dangerous to be established today, due to hostile neighborhoods. As per the “game theory,” there are three possible outcomes: win-win, win-lose, and lose-lose. In my opinion, the optimal solution is the latter one. Both sides need to give up something in order to end the conflict. Israel already said what it is willing to surrender on two occasions – in 2000 and 2008. The Palestinians never did.

Some US presidential election forecasts suggest that Joe Biden can win the Electoral College. In case of his victory – what is the future of “Peace to Prosperity” plan, proposed by Donald Trump?

Israel will work with any US administration. The USA is our strategic partner and one of the few states that can offer a real solution.

Referring to that, could you please present your opinion on the role of the USA in the region?

The USA is a major player in the Middle East and a major donor of economic aid – you can observe this in Jordan or Egypt, for example. Furthermore, the Americans are present in Syria, but in a different capacity.

Without any doubt, they are our primary strategic partner and a vital intermediary in the Middle East. Our first agreement in this region was concluded with Egypt and later with Jordan. I am certain that they would not be possible without the American assistance and so is the case with the recent Israel-UAE peace deal, announced on August 13, 2020.

I am happy to confirm that even Poland had an indirect role in this particular agreement. Some useful contacts were established during the February 2019 Warsaw Conference (the Warsaw Process). Our Prime Minister was there in addition to prominent individuals from the UAE, allowing them to discuss multiple significant matters. This is why I can now say that Poland has indeed contributed to peacebuilding in the Middle East.

How important is this agreement for Israel and the whole Middle East?

Extremally important. This is the third agreement on diplomatic relations between Israel and an Arab State. We had relations with other Arab countries in the past, but they were not full diplomatic relations. Moreover, we had some agreements with Morocco, Tunisia and Mauritania, but they were limited in scope and due to some political reasons we were forced to amend them later in time.

This specific agreement is not only significant because the UAE is a strong player in the Persian Gulf but also because it proves an important point that peace between Israel and Arab countries or even Israel and the Muslim world is possible. Unfortunately, most Muslims countries perceive us as an enemy. We do not have a good explanation for this situation.

The UAE is a central player in region and thanks to the agreement with Israel, other Arab countries can notice that we are not the enemy nor are we are the biggest threat to them. Instead, we think that they should  note that it is Iran  that poses a real threat to the whole Arab world. Combing efforts instead of fighting is not a new idea of ours. For instance, our former president Shimon Peres, in the book entitled “The New Middle East,” explained how fruitful could  combining financial possibilities of all Arab states with  the technological capabilities of Israel could possibly be. In the spirit of this idea, the Israel-UAE treaty broadens the medical cooperation between our states in the face of COVID-19 crisis.

How are other neighbors of Israel likely to react to the aforementioned agreement?

I am sure that neither Iran, Qatar nor Palestinians will like it. Nowadays less and less people think that having good relations with Israel is a real problem for Arab states. However, we are now observing that modern countries of the Middle East are focusing on their own interests and not Arab interests in general. They are beginning to take interest in Israel.

How are Hamas and Hezbollah likely to respond to the agreement?

With regards to Hamas, shortly after the Israel-UAE peace agreement was announced, we had some rocket attacks and incendiary balloons being sent against Israel in order to burn the fields close to the border. Hamas tried to escalate the situation in the southern border to provoke Israel’s reaction to later communicate to the rest of world that Israel is the aggressor. This was also done to request further financial and political support from other Arab countries.

For now, Hezbollah is not our main concern – they currently have their own problems including issues in Syria and the explosion in Beirut, which put them in a very uncomfortable position. Certainly, they will come back and attack again, just like when they had tried to infiltrate the territory of Israel before the Israel-UAE peace deal was announced.

Will the agreement change the balance of power in the region?

Yes, to some extent. After Egypt and Jordan and now the UAE, we hope that more countries will follow these steps and eventually we will wake up in a completely new Middle East.

Furthermore, the Israeli-Palestinian conflict is not the most important one in the Middle East right now. The disputed territory is relatively small, the victims on both sides are small in numbers – it is, however, a big PR issue both domestically and globally. Palestinians are spending so much on the conflict with Israel that they do not have enough funds for their own citizens, schools and hospitals. Fighting Israel is nothing more than just a political move to create a false external enemy and then blame it for everything bad that happens, thus also keeping own citizens under control.

For us, Iran is a strategic threat. Any country which is ready to peacefully coexist with Israel would experience a mutually beneficial cooperation. We are one of the leading countries in terms of start-ups, technology and agriculture, which all happen to be areas in which Arab countries could use a hand – we are to contribute if only they would be interested . We do so in Africa, in Latin America, why not in the Middle East?

Before the announcement of the Israel-UAE agreement, the representatives of the Ministry of Foreign Affairs of the UAE met with officials from Iran. Why do you think this happened? Is the UAE likely to become a regional intermediary?

Not really. I presume that this meeting was just one of the previously scheduled consultations. For us, Iran is a strategic threat. If they would eventually like to speak with us, they need to stop stating that Israel should cease to exist as a state over and over again. Secondly, they need to discontinue funding people and organizations which use rockets against Israel.

Can you predict the development of other agreements in the region?

“Prophecy has been taken from prophets and given to fools,” says the Talmud I am not a prophet nor a fool that is why I do not want to guess – it is simply not possible to predict. It has been mentioned several times in the media that other Gulf countries could be next and I hope that this is true – Oman, , Sudan – it is a controversial yet an important matter. If we work discretely on such agreements and do not announce them to a broader public, we will have a better chance to achieve positive results – that is why we all need to wait and observe. If someone wants to talk to us, they know how to find us. I hope that this agreement is just a first step towards a permanent peace in the Middle East. 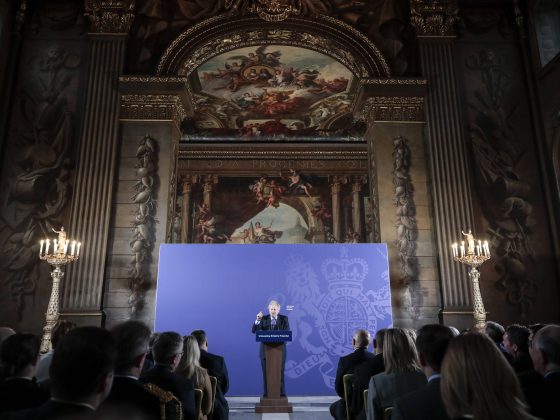 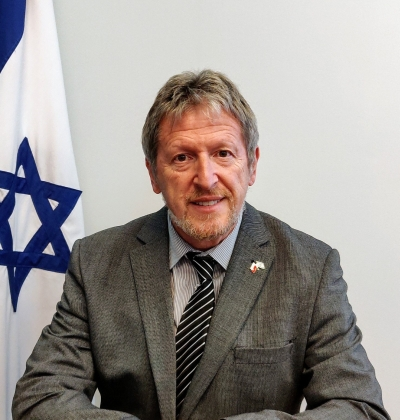 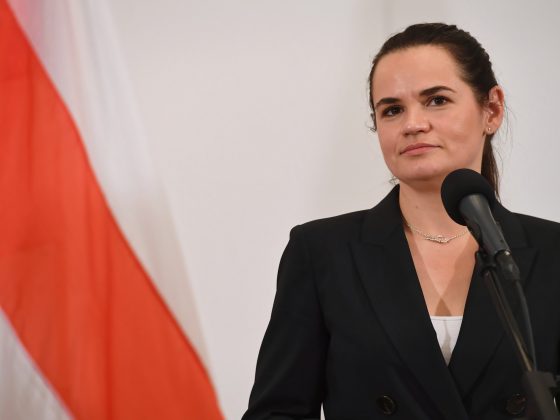 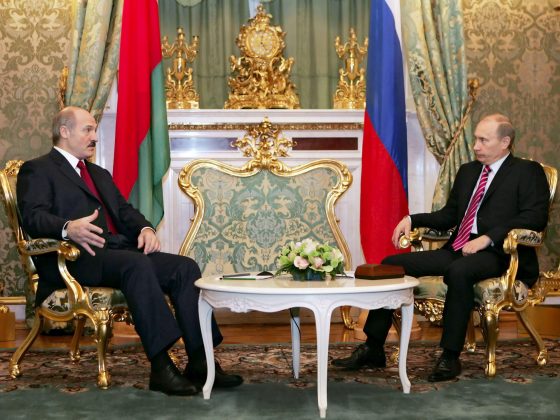 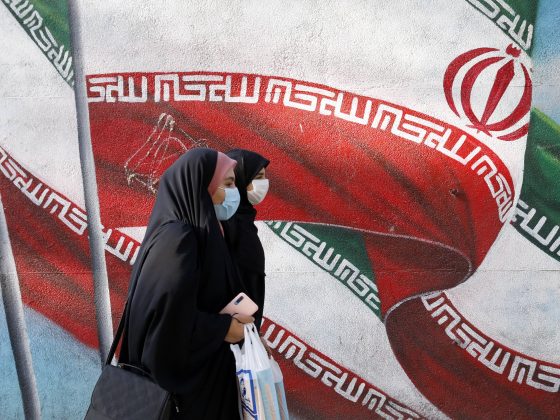 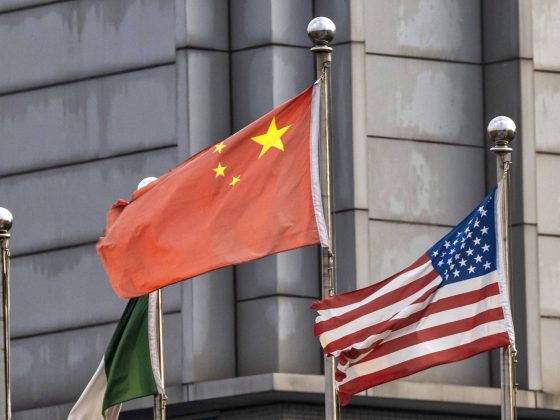