The past two years appear to have brought a breakthrough in the relations between the European Union and the Western Balkans. Countries such as Albania and North Macedonia followed a policy in line with EU guidelines to start accession negotiations. Serbia and Kosovo are now in talks to achieve a future peace agreement which would allow them to break the deadlock with the EU. Securing a peace deal with Kosovo will pave Serbia’s way for EU accession talks while Kosovo could apply for a status of a candidate country.

At the same time, EU nations seemed little interested in the processes taking place in the Western Balkans. France, Denmark, and the Netherlands opposed beginning EU membership discussions with Albania and North Macedonia in what set a peculiar precedent in the EU’s policy whose purpose so far was to create robust ties with the countries outside the bloc. Barring North Macedonia’s and Albania’s membership bids was a signal for the Western Balkan states that their integration in the EU is not definite and would be a rather lengthy and complex process.

Vetoing accession talks served as a political tool for the EU nations that hindered the dialogue to force candidate states to take some action in their bilateral relations. In December 2020, Bulgaria rejected talks over North Macedonia’s entry into the EU due to open disputes between the two countries, citing Skopje’s non-compliance with the Treaty on Friendship. At issue are essentially historical feuds as the one over the identity of some figures, such as Goce Delchev, a Bulgarian national hero and revolutionary who fought for independence in the 19th century, to whom North Macedonians also lay claim.

Thus, EU integration efforts of the Western Balkan nations somewhat stalled in the past few months. There may be two plausible reasons behind blocking EU accession talks with Albania and North Macedonia. Countries that enjoy friendly ties with the Western Balkan nations, such as Bulgaria, are attempting to persuade their government to look for the best solutions for Sofia. It seems that their chance to join the bloc is still so distant that the delayed launch of the negotiation process will have no major impact on their EU integration process on the whole. Nonetheless, some domestic affairs played a part in Bulgaria’s veto while the spat with North Macedonia served as a red herring in a polarized Bulgarian society.

Another reason could be the fact that the European Union lacks the readiness for open accession talks with other countries amid the COVID-19 crisis and the need to rebuild ties with the United Kingdom.

EU’s weakness in fighting disinformation in the Western Balkans

As the pandemic swept across the European Union, it has become an easy target for Russian disinformation activities in the Western Balkans on counteracting the virus and offering aid to distribute vaccines in the region. In its response to the coronavirus crisis, the European Commission offered €70 million to support these efforts under the Instrument for Pre-Accession Assistance[1], or IPA.

In their articles, the Serb-language media in Serbia, Montenegro, and Republika Srpska (Bosnia and Herzegovina) accused the United States, currently waging a hybrid war with China, of the outbreak. Moreover, they addressed China’s help in the Serbian fight against the pandemic during its first wave in the spring of 2020. Serbian media outlets gave Chinese aid a priority while saying nothing about the EU’s worth of €3.3 billion assistance[2], an amount restrained to a large extent by some internal turbulences, particularly in Italy and Spain[3].

Russia is the top source of this disinformation.  Its officials aim to defame the European Union in the eyes of Western Balkan people, especially those waving a Moscow-friendly attitude. On the one hand, with its propaganda, Russia intends to portray the EU as a hegemon imposing its will on more vulnerable – both politically and economically – Western Balkan countries. On the other hand, though, the European Union is described as a weak and internally torn political actor, unable to bear the brunt of the pandemic, the bloc on whom also Brexit has left its stain.

Although conflicting at the first glance, these messages paradoxically complement one another. They create an impression that the European Union is using power tools to control the Western Balkans while forcing them to meet some humiliating criteria – like the North Macedonia name change or renouncing Serbia’s sovereignty over Kosovo. Joining the EU, the propaganda message says, will bring no benefits to the Western Balkans as its member nations are unable to cope with fundamental safety issues, for instance, health policy.

China and Turkey, or two other political actors who left their footprint in the region, do not occupy such a pivotal role in disinformation activities as Russia does. The Turkish message is directed mainly to Muslims living in Albania, Bosnia and Herzegovina, and Kosovo. It aims to create a religious community around Turkey while using the anti-Western or anti-EU narrative as a tool for developing political ties between Ankara and the Western Balkans, rather than being a top target in media coverage, as in Russia.

China, in turn, has no media channels to wage a disinformation campaign in Western Balkan languages throughout the region. The country’s biggest news broadcaster in the area is the English-language China Global Television Network. China spreads its main message about help for the Western Balkans and fight against the COVID-19 pandemic through social media Yet, this narrative is far from targeting the European Union.

The bloc’s steps to counteract Russian disinformation in the Western Balkans are not structural. In its press release on the Strategic Agenda for 2019-2024, the European Council labeled disinformation, notably referring to any fake reports on the pandemic, as a top threat to the European Union[4]. The European Commission urged EU nations to regulate their information policies and fight disinformation. However, media pluralism in the European Union prevents its members from effectively fighting an ongoing disinformation campaign by Moscow. State-controlled Russian media outlets create their message consistently with what top officials say to make it look appealing for the Western Balkan nations, whose people never shared any negative experience on Russia.

On the other hand, the European Union offers systemic solutions to support the Western Balkan media market. Between 2014 and 2020, its agencies offered €20 million worth of assistance for Western Balkan media outlets to train journalists or create independent mass media channels. 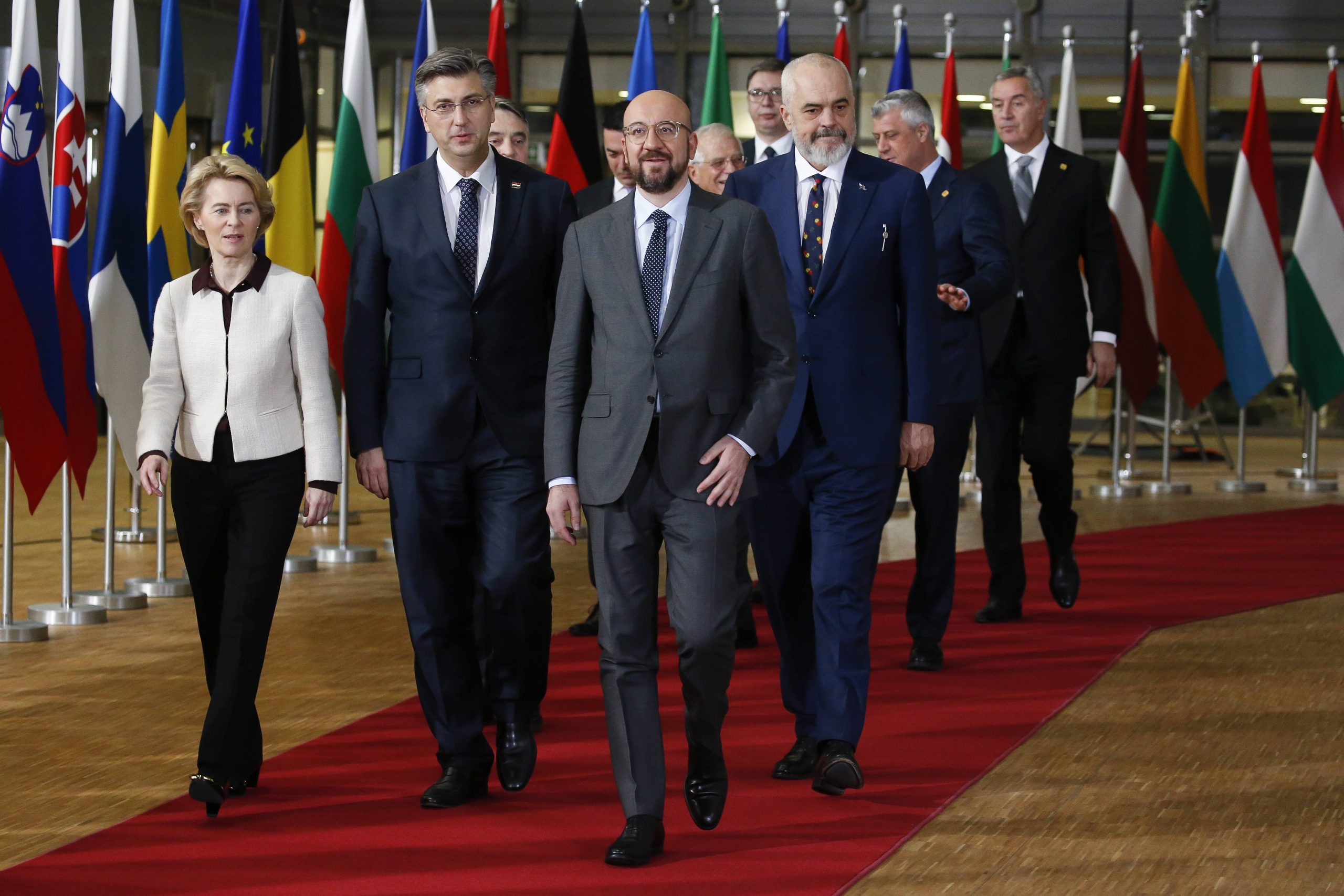 The public debate on the Western Balkan nations revolves around their potential EU membership. So far, the only country of this region to integrate with the bloc was Croatia (2013).

As of January 2021, negotiations with Montenegro with Serbia were underway, but no exact date for their future accession was specified. The former is the frontrunner in terms of EU accession as it has opened all 33 negotiating chapters and provisionally closed three of them. In 2020, Serbia resumed talks to normalize ties with Kosovo that had stalled two years before, fulfilling an indispensable condition for Belgrade’s prosperous negotiations with the European Union.

The past few years have shown that Albania and North Macedonia suffered most in the EU integration process. Bulgaria’s veto at the beginning of North Macedonia’s accession talks was a signal to the Western Balkan nations that the bloc was not yet ready to include them.

The policy the European Union pursues between governments and in supranational institutions does not seem to tackle any geopolitical challenges the bloc encounters, satisfying nothing but ad-hoc needs instead. As other countries might shape political processes in the Western Balkans, this runs the risk for the EU’s interests in the region, but and more broadly in Central and Eastern Europe. In its decisions towards the Western Balkans, the EU should bear in mind that it might lose influence over there if the integration process does not a timeframe that is acceptable to the local societies.

As the bloc postpones any political decisions regarding the future accessions, above all Montenegro and Serbia, as well as delays negotiations with Albania and North Macedonia, these countries abandon reforms. Furthermore, the Corruption Perceptions Index (CPI), compiled by Transparency International, shows that the Western Balkan states made no progress in tackling corruption. In 2020, they all saw a drop by a few ranks year on year. In particular, Bosnia and Herzegovina lost 10 points in comparison to 2019. This is a result of the EU being inadequately committed to introducing reforms in the Western Balkans, which had minor importance in the EU’s 2020 agenda.

The principal challenge for the integration of the Western Balkans into the EU is how to forge an intergovernmental compromise as these were nation states that were against launching membership talks. France and the Netherlands opposed starting the talks with Albania and North Macedonia to slow down EU integration bids of the Western Balkans. Bulgaria’s efforts centered on building friendly ties with North Macedonia. It might be assumed that the dialogue between the European Commission and candidate countries runs in parallel to intergovernmental activities as in the next stage EU nations tend to call into question the cooperation framework formed at the supranational level. Therefore, the Western Balkan nations are keener to believe that the EU applies double standards. 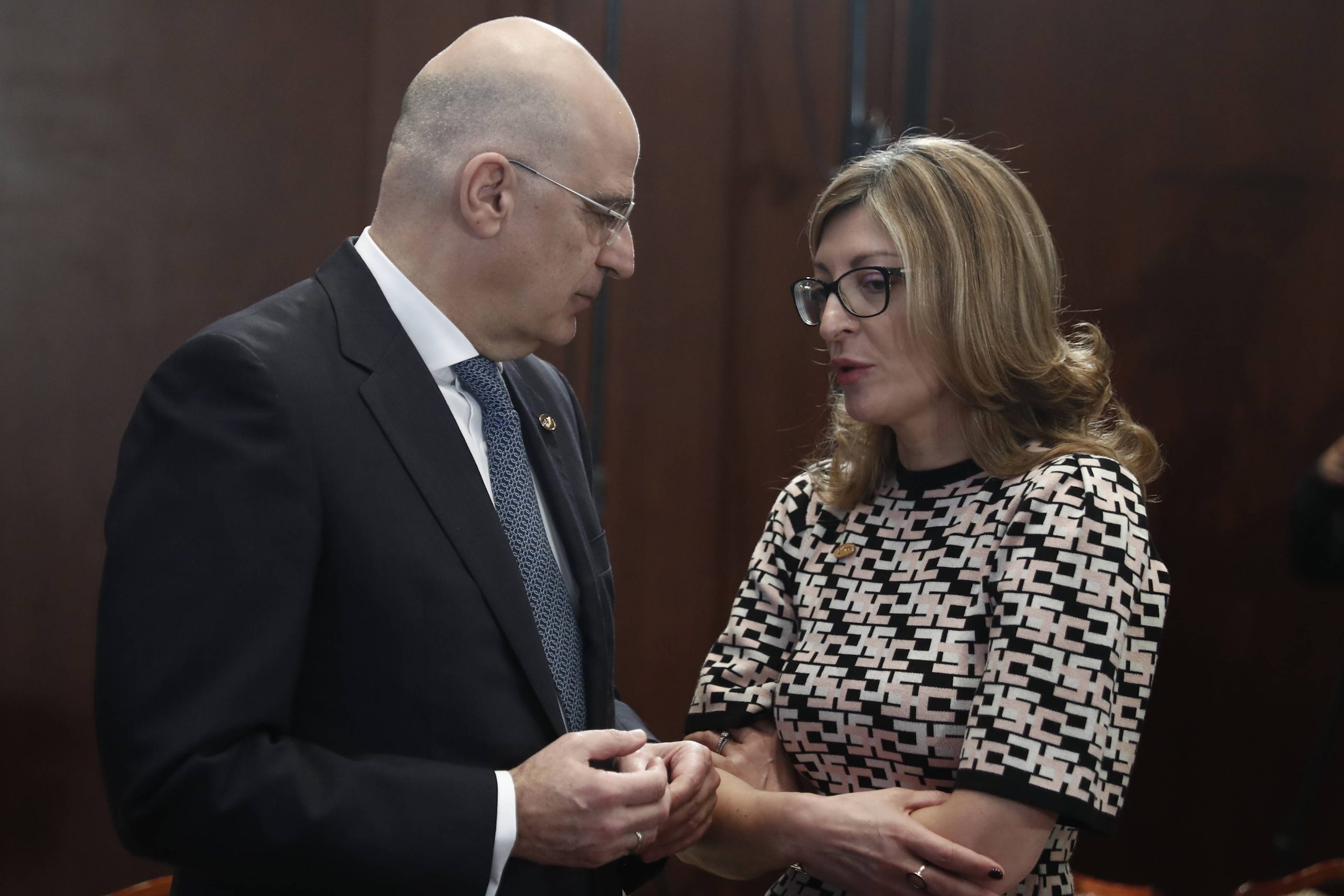 Previously wedged in the context of European integration, the Western Balkans are turning into a zone of the growing influence of other regional powers – Russia and Turkey – and that of China, a global economic superpower. This is the case as the European Union is insufficiently involved in keeping these states in its sphere of influence.

Given the location of the Western Balkans, surrounded by the EU countries, there might appear a somewhat erroneous conviction that EU integration processes are irreversible. In the times of the digital economy, allowing countries to interact with each other, geography is no longer a decisive factor in forging alliances. As China and Russia are leaving their economic and political footprint, any changes that occur in the region remain under the influence of these two powers. Being offered Chinese loans, Western Balkans leaders might see the structural cooperation with the European Union subject to a set of conditions, like the rule of law, as little attractive. Nonetheless, the mostly-Russian deliberate disinformation campaign materializes as the biggest threat to sustainable EU integration processes. Without any past bias against Russian policy, Western Balkans people are susceptible to all messages broadcast by the Russian media outlets operating in the region.

As far as these factors are concerned, it is challenging to conclude whether the European Union is still determined to welcome the Western Balkan nations in the bloc. 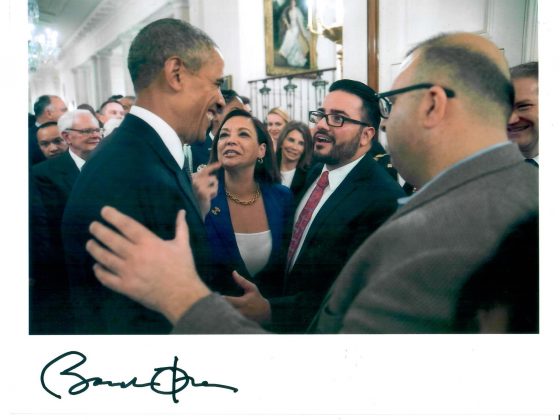 INSIDE THE US ELECTORAL COLLEGE 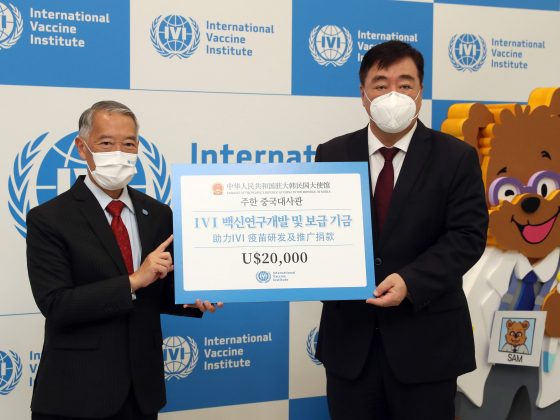 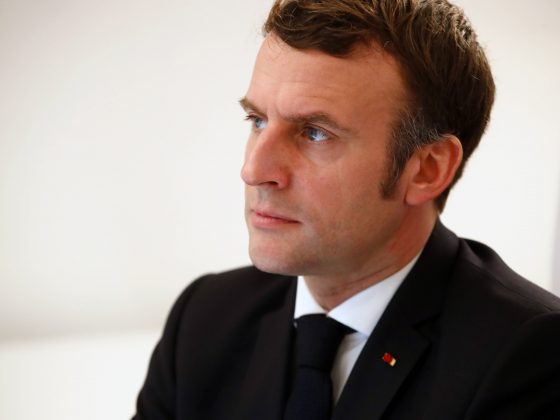 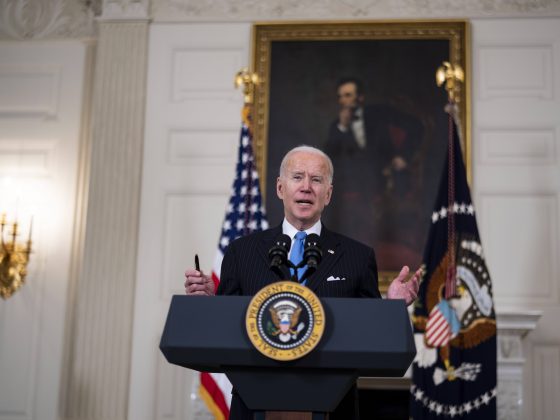 What could Biden’s election victory mean for Europe? 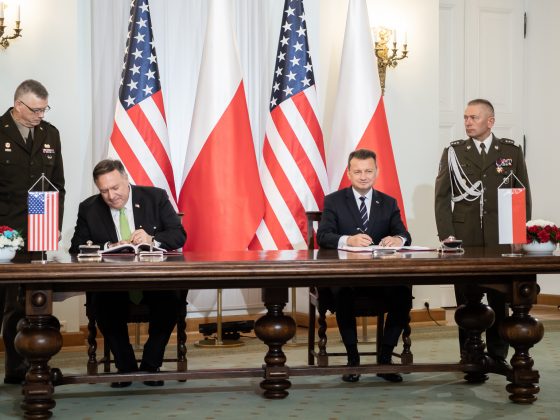 The eastern flank of the West: Central Europe in the face of a dynamic world situation 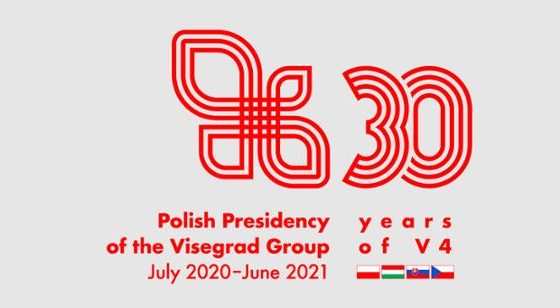 Central Europe in 2021: The 30th Anniversary of the Visegrad Group. The Year of Opportunities and Challenges 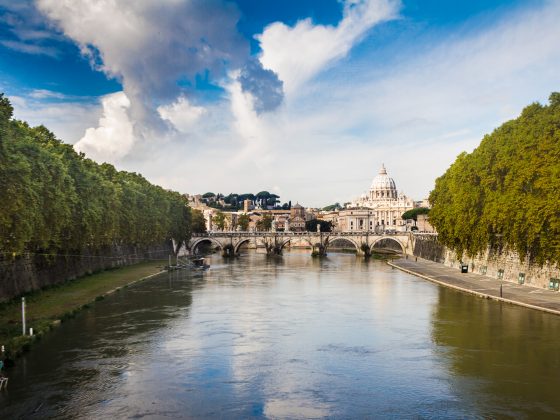 The European Microstates: The Prospect of EU Membership in the Context of Association Agreement Negotiations 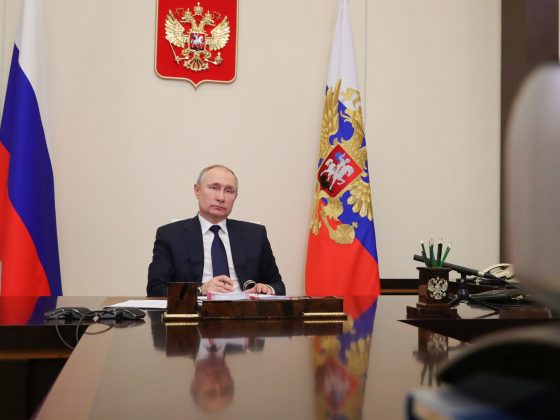