On Wednesday, 11.12.2019, a ‘Duologue’ meeting took place – the final one for the year 2019, making it the 12th in the series – where The Warsaw Institute Review (WIR) was present at the premises of the Embassy of the Italian Republic in Warsaw.

‘Strategy Duologues on Geopolitics’ meetings, between WIR and Embassies, take into consideration similarities and differences between the perspectives of an Embassy and a think tank/quarterly, as well as between the perspectives of the said country and of Poland. As such, this particular meeting was a chance to also reflect of how Duologues had progressed from nr 1 back in June 2019, right up to nr 12 in December 2019, and how the organisational steps and conversations vary with regard to select geopolitical conundrums, bilateral relations, as well as potential future cooperation.

Ambassador of the Italian Republic to the Republic of Poland, H.E. Mr. Aldo Amati, was accompanied by the Deputy Head of Mission and  Counsellor for Trade, Mr. Roberto Neccia, First Secretary Mr. Luigi Iannuzzi, and First Secretary, discussing Cultural Affairs, Mr. Simone Balzani, in representing the side of the Embassy.

Starting off the Duologue, H.E. the Ambassador opened with highlighting the 100 years of relations between Italy and Poland. Not only in this time, but since the middle ages and earlier, Poland and Italy have shown remarkable affinity and respect for one another, and this was recently reinvigorated, especially since the final moments of WW2.

Worth noting, the current National Anthems of both Italy and Poland mention each other. ‘Il Canto degli Italiani’, or as known as ‘Inno di Mameli’, in about halfway of its fifth and final verse it features the lines “il sangue d’Italia, il sangue Polacco,” referring to the blood and struggles of both the Italian and Polish people. Il Il Canto degli Italiani gained acknowledgement and popularity during the Italian Unification. In the chorus of ‘Mazurek Dąbrowskiego’, it begins with the lines “Marsz, marsz, Dąbrowski, Z ziemi włoskiej do Polski”, referring to the travel from the Italian lands to Poland during the time from Poland’s partitioning by Prussia, Austria, and Russia up until regaining independence.

Bilateral activity between Poland and Italy is increasing and intensifying in positive manners, especially by means of economic cooperation, which was elaborated further by the Counsellor for Trade. There are over 3000 private Italian firms operating in Poland, and the numbers are steadily increasing over the last few years, attesting the growing closeness in economic cooperation. A large and important part of this relates to defence, aerospace and security expenditures, but also to the fields of automotive and constructions.

Alongside political interaction, also from the middle ages and earlier, came various travellers, such as Giacomo Casanova, and persons contributing to cultural exchange, with an abundance of examples.

Antonio Corazzi, an Italian architect active during the 1800s, had designed some of Warsaw’s iconic and beautiful constructions, namely Staszic Palace on Nowy Świat street, and Teatr Wielki, i.e. the Grand Theatre, in the Old Town of Warsaw.

After all, Italy and Poland have quite a few UNESCO World Heritage Sites, with Poland at a high number of 16, but Italy boasting 55, the largest of any country, tied with only China.

Bernardo Bellotto, a painter from Venetia during the first half of the 1700s, had created at least 26 paintings with views of Warsaw. These were used during Warsaw’s reconstruction efforts after the deliberate and nearly (about 90%) absolute destruction of the city by Germany during WW2.

Italy and Poland are very favourable towards the multilateral institutions they are part of, namely the EU, NATO, the UN, OECD, the Council of Europe (CoE) and others, and remain wholeheartedly committed to contributing to their advancement. Whilst both Italy and Poland have recently had, each one of them for different reasons, some diverging views with the EU or within the EU, it can be argued that in their own perspectives, it is standing up for themselves in part of making the EU better and ever more the authentic organisation that it was designed to be, not being unnecessarily and counter-productively problematic. As an example it can be mentioned migration, regarding which Italy and Poland have different experiences, namely relating to the origin of migrants, the motivation behind migrants entering, the reactions of the EU, as well as the assistance (or lack of) provided by the EU and other Member States.

As part of healthy political debate, the Duologue went over perspectives and reasoning behind stances with regard to seeing geopolitical issues. In the perspective of Italy, which fully complied with the sanctions against Russia following the Russian annexation of Crimea and the aggression in Donbas, the Italian economy has suffered. Some observers can somehow argue the EU has not yet provided sufficient cushioning for the impact taken as a result of implementing the sanctions. Hence, there might  also be this reason, behind wanting to approach Russia more pragmatically, for instance pursuing a double track approach (e.g. keeping sanctions, but at the same time engaging civil society, etc.).

Furthermore, H.E. the Ambassador and Mr. Iannuzzi went over with WIR Advisor over how a diplomatic and political solution-  not a military one – is imperative regarding the conflict in Libya. This is the widely accepted and reiterated point of view from most sides and observers, and fortunately, steps are being taken in this direction, despite apparent and real setbacks.

In all, the meeting signalled high hopes and motivation from both Italy and Poland to continue cooperating, coming into 2020 with fresh perspectives and long term ambitions that the two countries can keep working together,  and  contributing, from two different parts of Europe, to the well-being of the entirety of the continent and their respective regions.

Naturally, the 12th Duologue hence also serves as a key point, in contemplating the direction of progression of Duologues going into 2020 and beyond. 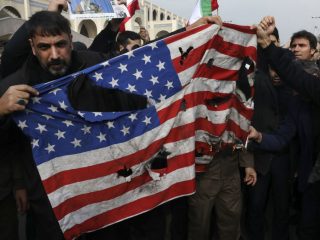 Iran: a system on the verge of its capacity 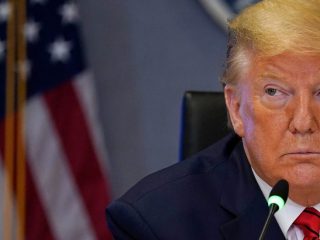 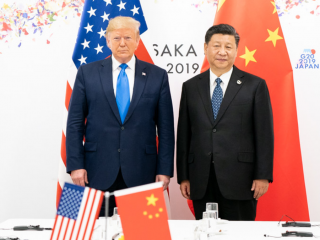 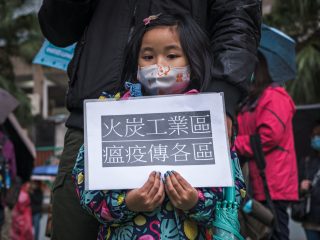 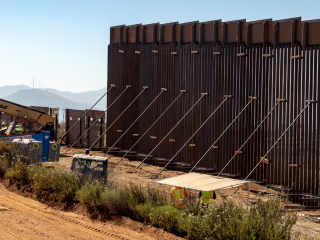 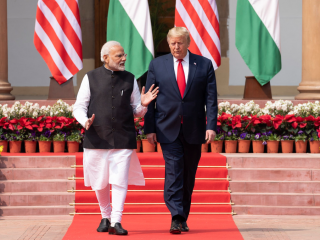 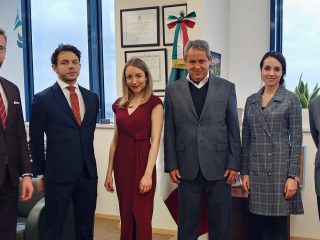