Against this backdrop, Eurasian theories find fertile ground, which serve as convenient propaganda tools aimed at both Russians and Western societies, including Poland. 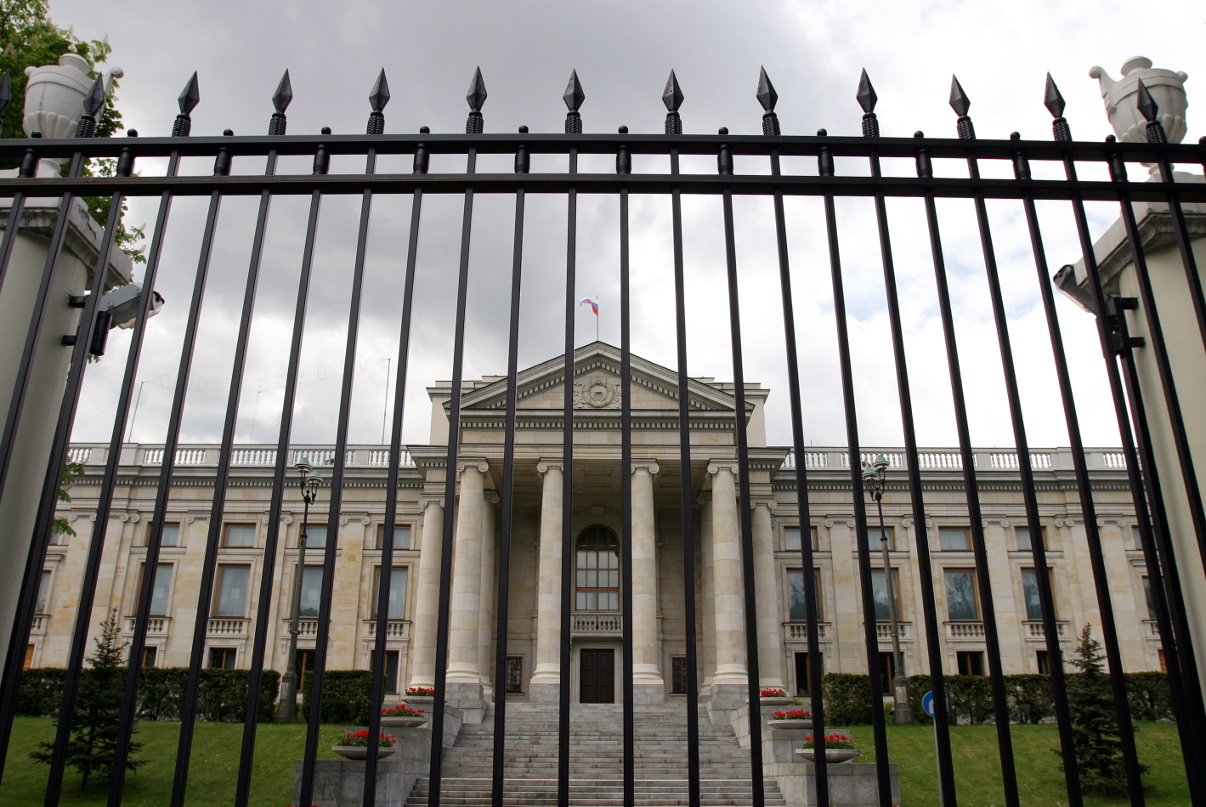 Characteristics of Russian activities and their objectives

Contrary to the popular belief that Russia witnessed an ideological vacuum in the wake of the fall of the Soviet Union, there was a conscious decision by elites to redefine the “Russian idea.” It appeals to universal key concepts and codes, and is based on emotions, which, depending on current political needs, can be endowed with the right narrative. These are:
– geopolitics justifying the continuity of imperial Russia (Holy Russia – Russian Empire – USSR – Russian Federation) and
– conservatism, which “anoints” Orthodox Russia as an alternative to the modern world, a country resisting Western unification, one that is peaceful, democratic, and ready for dialogue between civilizations.

Against this backdrop, Eurasian theories find fertile ground, which serve as convenient propaganda tools aimed at both Russians and Western societies, including Poland. They legitimize Russia’s place in the new geopolitical order. They promote an aversion to U.S. domination in the world and to the Western model of democracy and liberal values, ​​and affirm imperial Russian aspirations. The direct promoters of Eurasian views are pseudo-analytical research centers, where personal connections support their contacts with the Kremlin. The Russian Institute for Strategic Studies serves the needs of the Russian presidential administration and other governmental institutions. It is headed by Mikhail Fradkov, previously associated with the Foreign Intelligence Service of Russia. The Katehon think tank is directed by Alexander Dugin, also an important figure of the international Eurasian movement. The center was founded by Konstantin Malofeev, the chief lobbyist for Russian interests in the West’s nationalist and conservative circles. Leonid Sawin, a member of the Eurasian Youth Union, cooperates with Alexander Dugin as the main editor of the Geopolitica.ru opinion outlet. 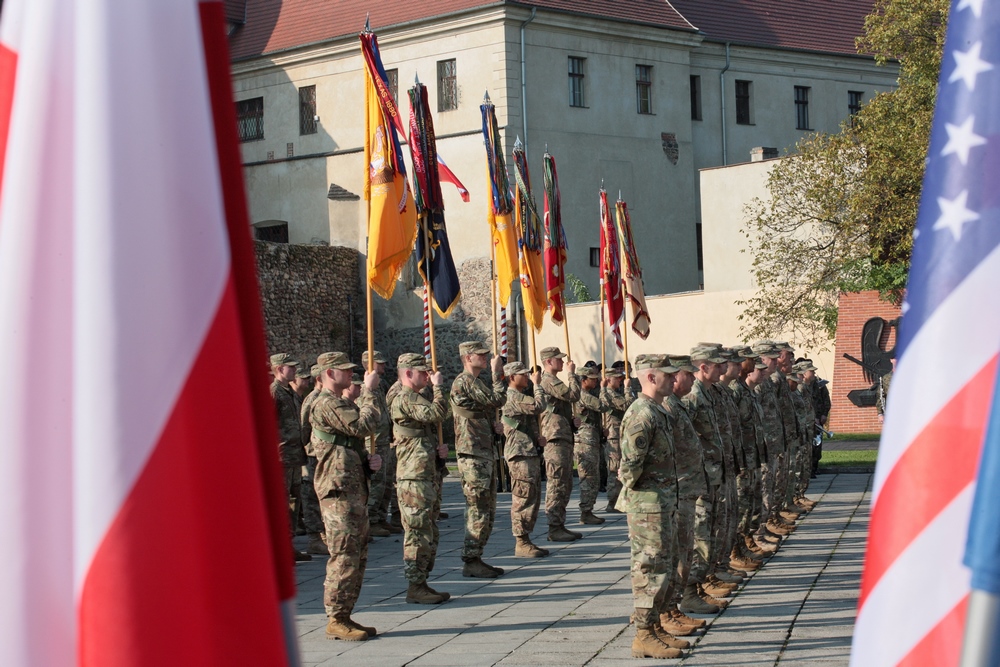 © Lech Muszyński (PAP), Żagań, Poland, September 29, 2017. Celebration of the first exchange of ABCT units on September 29 in Żagań, as part of the rotational stay of U.S. troops in Poland.

A characteristic feature of Russian activities in Europe is the ability to adapt propaganda and its tools to the specific character of a country. They reach their audience through a variety of channels. These are the mass media, international peace and charitable activities, the pro-life movement, and initiatives to defend traditional value systems. These are supported by governmental and non-governmental organizations, think tanks, the Orthodox Church, part of the Russian and Russian-speaking communities living abroad, and far right-wing or extremist groups who see Vladimir Putin, Russian Eurasianism and Orthodoxy, as the salvation for Europe. The perception of Russia in Europe is also influenced by “Trojan horses” — agents of influence or “useful idiots,” i.e. intellectuals, academics, journalists, artists, politicians and businessmen who shape public opinion and the attitude of societies towards Russia. 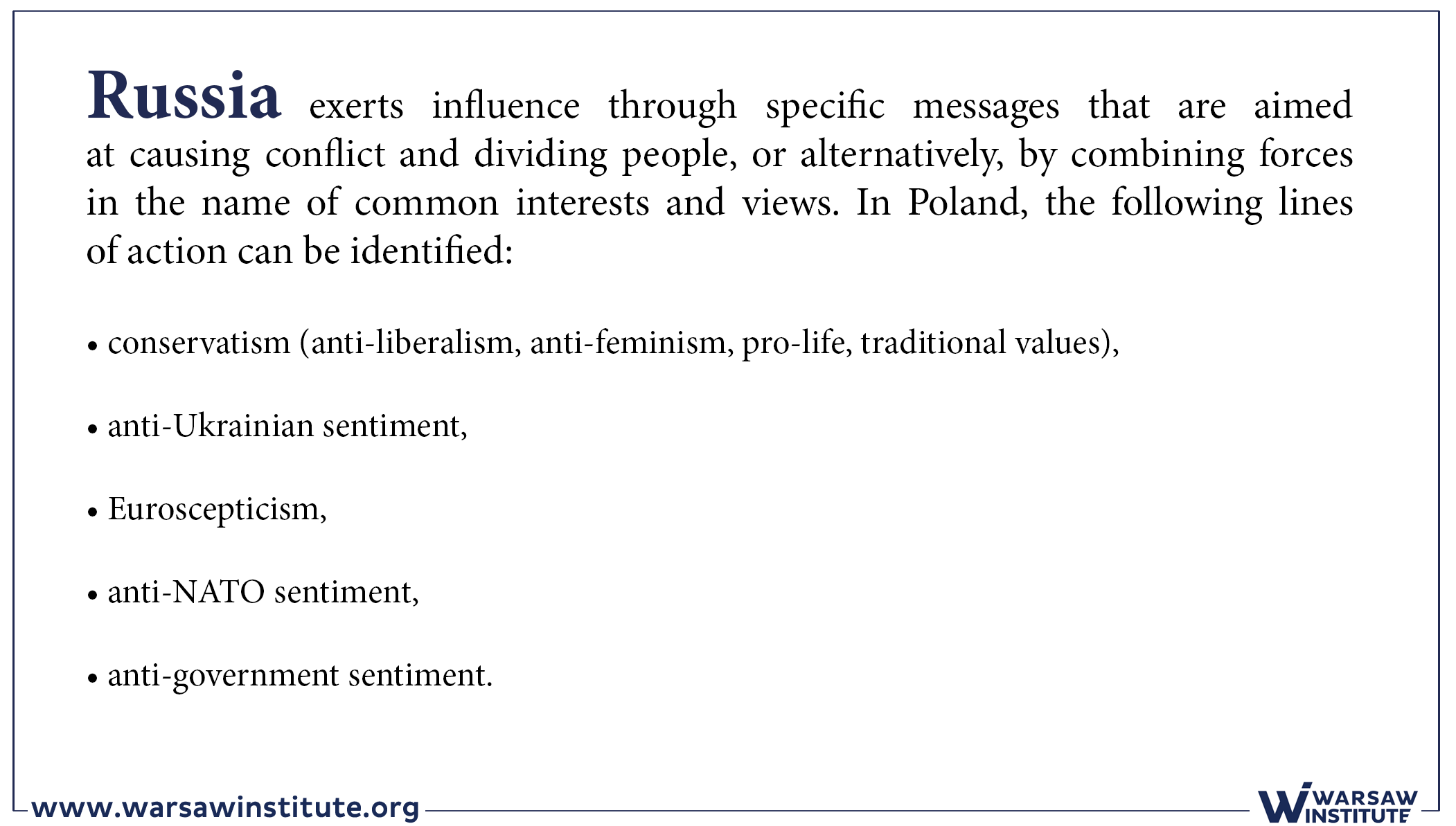 The integral element of the Eurasian concept is the constant emphasis that Poland is under the heavy influence of the United States of America and is its “Trojan horse” in Europe. Poland is therefore used to counter Germany in the European Union. With the help of the Visegrad Group, it is building an anti-German bloc to create antagonism between the New Europe and Old Europe. It sabotages all the European Union’s aspirations to deepen continental integration, with consideration for Russia. It supports a transatlantic vision. The concept of “Intermarium,” popular in Poland, is a counterpoint to the political concept of the European Union. Poland’s goal is to gather up the lands from the Baltic Sea to the Black Sea, including Ukrainian territory, and, in agreement with the United States, allow for the placement of American military bases. This will allow the U.S. to dictate its EU policy.

A set of propaganda messages aimed at influencing Poles and foreign audiences:

3. Poland is baselessly Russophobic by nature

5. Poland – Ukraine
Appealing to historical and economic issues, resentments, and the current political situation. It’s a two-pronged narrative that aims to antagonize Poles and Ukrainians.

On the one hand, it deprecates the Ukrainians and uses them to scare Poles:

On the other hand, Poles are presented as despising Ukraine, and wanting to take advantage of Ukraine’s status as a fallen state:

The Specifics of Poland

The hermetic nature of the Polish media space, traumatic historical experiences and the relatively high resistance of Polish society to Russian disinformation, means that classic media in the form of a nationwide television channel or internet portal, have no need to exist based on Russian pressure. Sputnik is a marginal outlet in Poland, influencing a narrow audience. That is why the goal is to reach the individual recipient, and influence small, ideological groups and closed environments. New followers of Eurasian theories are gained through the use of websites and blogs publishing “alternative information” based on conspiracy theories, anti-Ukrainian sentiment, anti-Semitism, anti-globalism, Euroscepticism and anti-Americanism, on fear and phobias, or conversely – by appealing to goodwill, concern for the common good, patriotism and the desire to fight for Christian values. In Poland, we can point out several groups of recipients:

1. Communities interested in alternative spirituality, paranormal activity, healthy lifestyle, a return to nature, extreme survivalism.
Propaganda of this type presents an alternative reality, suggests a monopoly on truth, and undermines commonly accepted beliefs. Following the trail of conspiracy theories arouses distrust in the reader and encourages their questioning of everything. This is the “Epimenides paradox.” The goal is to confuse the recipient and show that nothing in this world is true.

2. Slavophile and Neopagan groups.
The propaganda appeals to a common Slavic heritage. Slavicity is unique and cannot be subject to any other culture-forming matrix. The aim is to unite the Slavs and to oppose aggressive and alien Westernization. Poland and other representatives of the Western Slavs (Czechs, Slovaks), should feel the need to work with Russia – the representative of the Eastern Slavs.

3. Conservative circles.
Propaganda appeals to the global fight for universal values (family, the right to life, opposition to abortion, gender ideology, and homosexuality) in opposition to the liberal West. Polish society, attached to a traditional value system, seeing Western European nihilism, legitimization of same-sex marriage, the fiasco of multiculturalism, and ignoring the rights of the majority, naturally seeks allies. Alexander Dugin is tempting the conservatives to a joint offensive against the liberal West, where Russia is ready to confront the current secularization and dechristianization of Europe.

4. Far right-wing, nationalist, anti-Semitic and borderland groups.
Propaganda is based on fear of other nations. Poland’s alliances and membership in the EU and NATO are questioned and presented as a form of dependence and subordination. It is based on chauvinism, Euroscepticism, anti-Americanism, anti-Ukrainian sentiment and anti-Semitism. The aim is to challenge existing alliances, to build a confrontational approach to the international environment (especially against Lithuania, Latvia and Ukraine), to treat Russia and the Eurasian Union as an alternative geopolitical alliance. The Polish right is tempted by a common mission against liberals, globalists, transnational corporations and postmodernists. Poland, with the support of Russia, will again be the bulwark of Europe and will stop Islamic immigration. 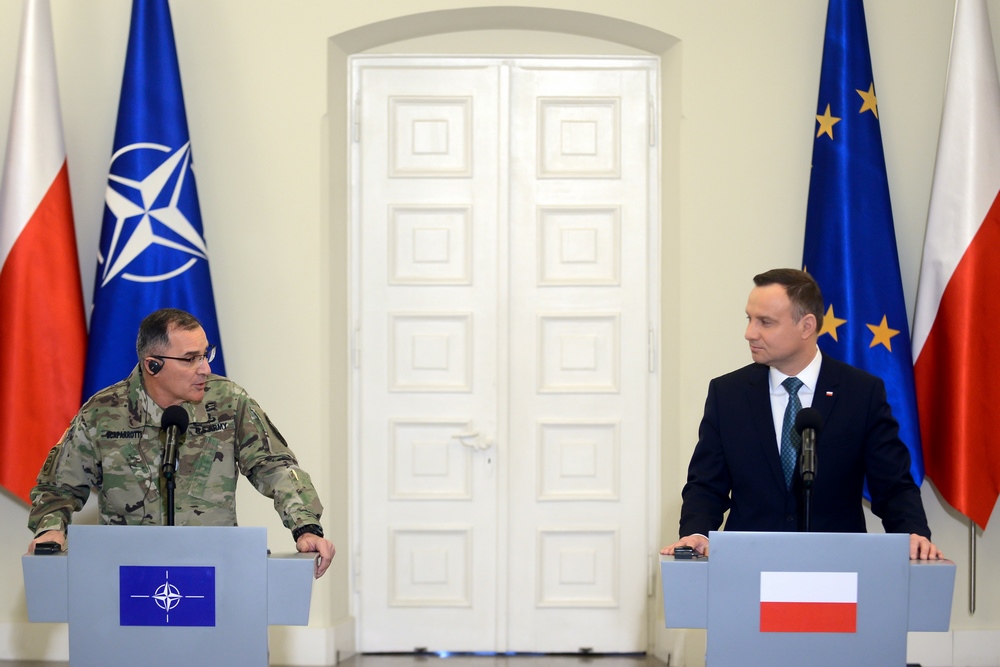 5. Liberal circles.
Propaganda refers to the internal situation in the country, especially the political divisions of PiS-PO (Law and Justice vs. Civic Platform). The aim is to present Poland as a lawless country, where the principles of democracy and tripartite separation of powers are disregarded. The alleged Euroscepticism of the ruling class and the failure to meet EU requirements (the question of the Constitutional Tribunal and the opposition to accepting migrants) will cause Poland to become an outcast of the European community. On the other hand, propaganda presents the rulers as a Russophobic, national-conservative party that wants to introduce a complete ban on abortion.

Resonance of Russian propaganda messages in Poland
The environment most susceptible to disinformation is the internet. The “snowball effect” prevails there, relying on rapidly flooding the consciousness of the user with “fake news.” In Poland, the outlets most vulnerable to propaganda are of a conservative-nationalist character, propagating “new economics,” alternative sources of energy, esotericism, and debunking conspiracy theories. A characteristic of such sites, from the very beginning of the presentation of the information, is the title, often an appeal to independence and truth that was deliberately hidden from society by the ruling elites and a world conspiracy (Jews, Masons, globalists, big corporations). These sites are either a Polish-language version of foreign disinformation pages or native creations. Blogs are also important, aimed at mocking, ridiculing, criticizing and repeating convenient arguments depending on the situation. Propaganda messages are spread not only by users with fanatical views, but also by “ordinary users” who are searching for the truth online. Disinformation is simple in its message, often triggering extreme emotions and simplifying contexts, making it easily digestible and very effective.

Russia is ably playing its game on the awareness of Western societies, basing it on deficits, conflicts and animosities in communities, while on the other hand, on the good will and the desire to build an alternative, peaceful world. Its effectiveness is due to the fact that in many Western countries, the strength of Russian statehood is often mistakenly judged by the degree of its economic development, on utilitarian economic benefits, based on the assessment of the armed forces or its peripheral location. Meanwhile, Russia is not standing in place and uses every opportunity to shake the balance of power in Europe to its advantage. Such actions are foreseen as long-term operations and are aimed at undermining the Euro-Atlantic value system and Euro-Atlantic cooperation, fueling conflicts between EU states and justifying Russia’s right to build its own sphere of influence in Europe.

On a smaller, local scale, relating to Polish realities, the purpose of disinformation is to divide Polish society. The North Atlantic Alliance and EU membership, which are of great strategic importance to Poland, could be subject to attack by attempts to organize a social movement of the discontented. Causing conflict on the Polish right, whose factions will drift in different directions (pro-life movement, pro-national movement), could lead to the paralysis of the government. Creating chaos, playing on emotions, especially feelings of injustice (after each election a part of society feels omitted and excluded, depending on the winning coalition), results in the general undermining of trust in society towards its leaders, striking at the legitimacy of the governing authorities.

Worldviews become another battlefield. In Poland, this opens the door to Russian action through the tactics of a common front in defense of values. The goal is to divide society by exacerbating narratives and actions that, for example, are aimed at defending life at conception and traditional values, and that will simultaneously discredit the community of believers as uncompromising fundamentalists, imposing their vision on the country. As a consequence, such actions favor the creation of radical opposition to the government, which is seen as an advocate of extremists, legitimizing attacks by liberals and leftists. 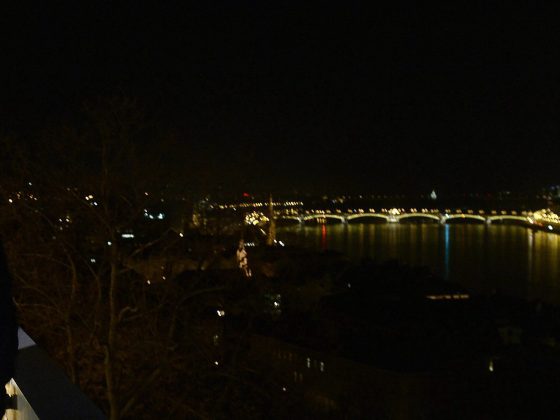 Russian disinformation and extremism in Hungary

The Kremlin’s hostile influence in the Czech Republic: The state of play 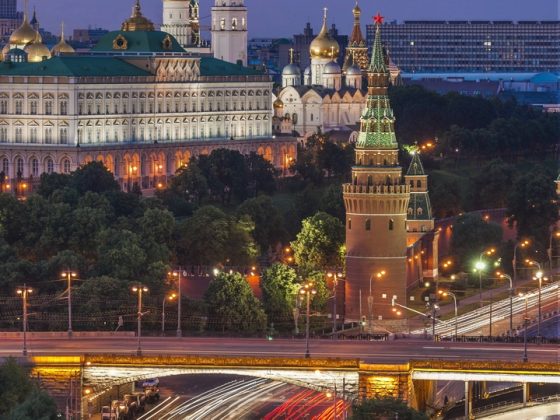 In the Age of Post-Truth: Best Practices in Fighting Disinformation 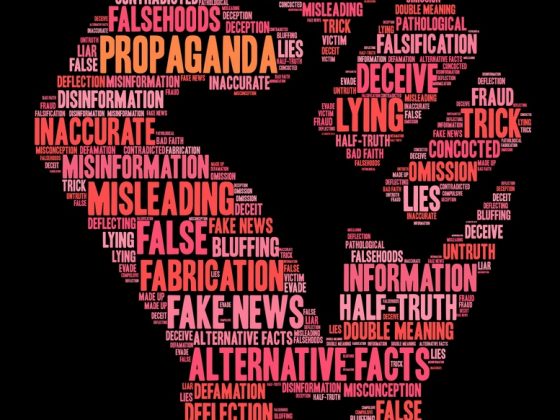 Disinformation as a Threat to Private and State-Owned Businesses

Russian Information Warfare in the Baltic States — Resources and Aims 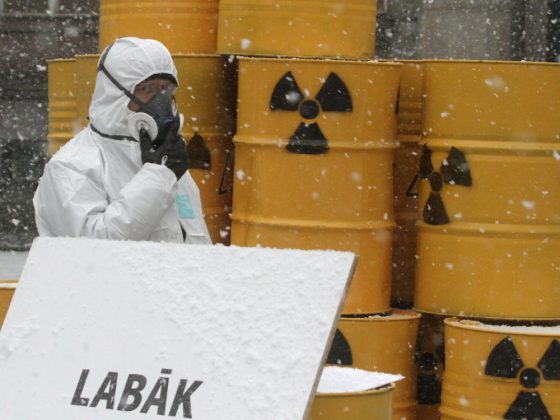 Information Warfare against Strategic Investments in the Baltic States and Poland 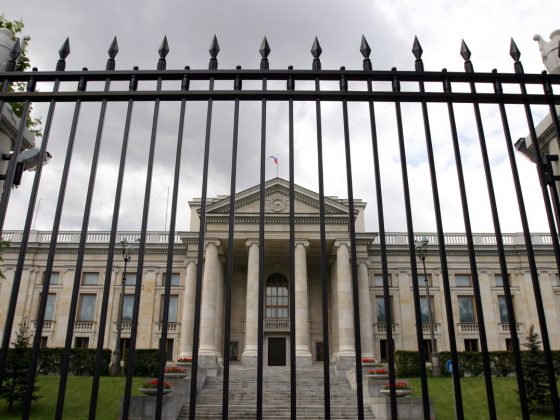 Poland through Eurasian Eyes: Russian Propaganda Messages in the Media